How not to raise a selfish child in a one-child family? 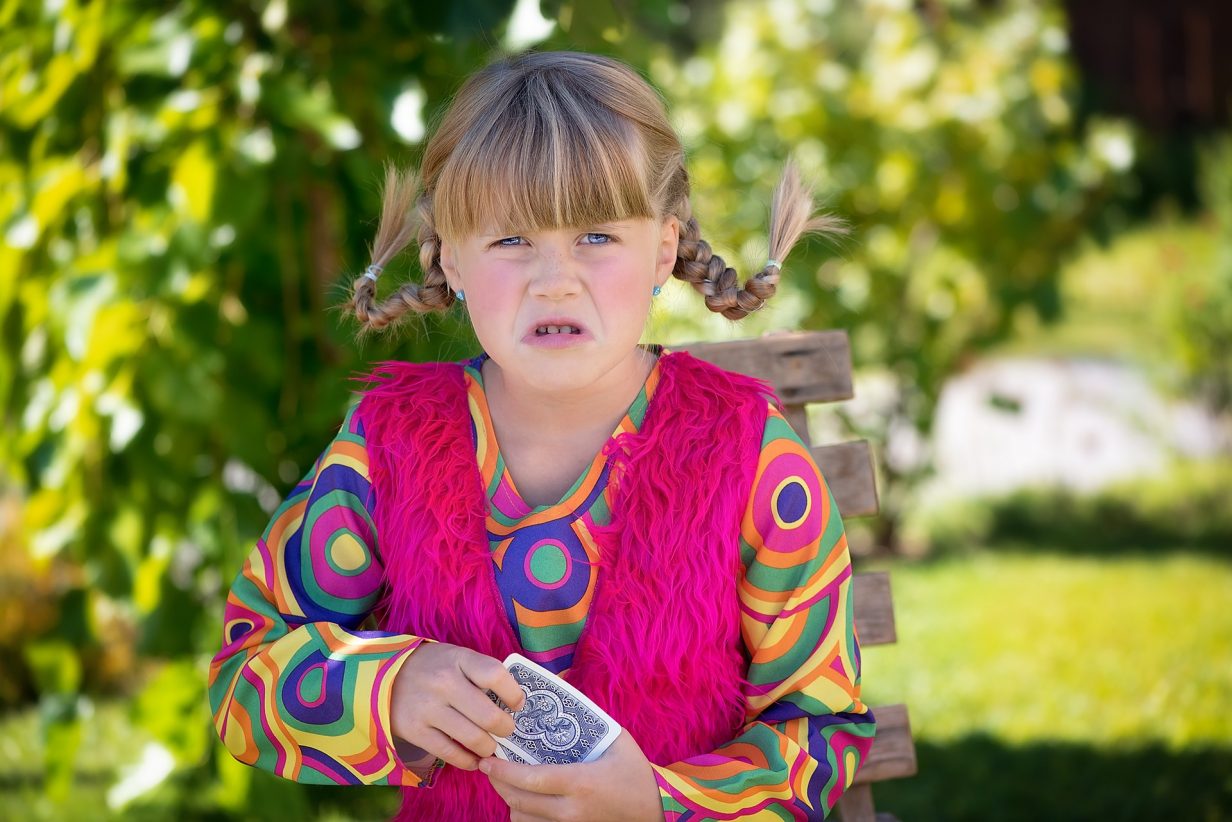 Despite the financial support for large families provided by the government, a big proportion of adults prefer to have only one child. They motivate this decision with an unfavorable financial situation and a lack of time to raise two or more children. Nevertheless, parents may also encounter issues when raising one child. You will find out more about them in this article. Only children often regret being on their own in the family and claim that they did not have a playmate. On the other hand, the ones who grew up with siblings, mention a deficiency in parental attention and constant conflicts between the children.

We have tried to analyze the advantages and disadvantages of raising the only child in the family.

The point of view of a professional Teachers, psychologists, and psychotherapists all agree that the number of children in the family does not define the personal well-being of each child. What defines it, is conscious and mature parenthood. Only in a family with wise and understanding parents, there will not be jealousy and rivalry reigning in it, and an only child would not grow into an egotistical individual. In a family where parents love their child, but do not place them on a «pedestal». Where the child’s needs are respected, but parents do not rush to respond to whims and tantrums right away. Where parents care about their baby but nevertheless give them an opportunity to have «first-hand» experiences and to accumulate knowledge.

Are you very worried about your only child? Stop overprotecting them and allow the child to develop harmoniously and freely, while knowing that they are safe. Download the «Find my kids» app from the AppStore and GooglePlay.

The particularities of raising the only child

When the only child is being raised in the family, the parents may come across the following issues:

Only children struggle to make new friends because of their lack of experience in communicating with peers. Especially if the child is an introvert. They may start experiencing problems with adaptability in the environment of a school or a kindergarten. Therefore, it is important for parents not to limit their child’s communication with their friends, to invite them to your home more often, and to visit friends who have young children.

The child is highly psychologically dependent from their parents

Only children often develop a very tight emotional bond with their parents. This is even more apparent in single-parent families where the mother devotes all of her attention to raising the child after she is left without her partner. Consequently, when the child grows up, they may find it hard to part with their family and to build their own.

The child gets used to being the center of attention Whilst benefiting from love and attention of their parents, grandparents, and numerous relatives, the child begins to feel like the center of the universe in their family. And when they find themselves with their peers, they find it hard to accept that they will no longer be constantly praised for their significance. Moreover, it suddenly turns out that there are children who are much smarter, stronger, and more capable than them.

The child only takes into account their own feelings and does not care about the feelings of their parents.

The family plays an important role in the development of the child’s selfishness. Parenting according to having an «idol» in the family, leads to the development of a highly consumerist behavior in a child where they consider that everyone «owes them».

Here is an example of how parenting mistakes may lead to negative consequences.

Jane is the only child in the family, her parents had at a fairly mature age. As a little girl, she always had the best toys and the prettiest clothes, parents would buy her anything she wanted. At the same time, they were really worried about the health and the well-being of their daughter, knowing that they will not have any more children. Jane was deprived from overly long walks and from interacting with the children whom her mother considered to be the «the wrong crowd». Her parents would also protect the girl from household chores. At school, Jane was trying to do well not to disappoint her parents, but not all subjects were easy to her. The life-long dream of the parents was to have a doctor in the family, therefore, they started getting Jane ready to study medicine at university. This preparation phase was very hard for Jane, the girl started to cry often, was constantly worried about her exams and started experiencing health issues. After graduating from school, parents have decided to send Jane to a different city where a good university for medicine was located. The girl has found herself on her own, in a big city and without the help of her parents. She did not manage to make friends, to adapt to living in the dorms or to get used to teachers and classes. A month later, Jane’s parents had to bring her back home after she had a nervous breakdown.

What do to if the child is growing up into a selfish adult? Selfishness is the type of behavior aimed exclusively at personal well-being, which is often fulfilled to the detriment of others. It is the manifestation of the ego of a person, their own «I» that dictates to them what needs to be done to satisfy their own needs in every possible way.

The foundation of selfishness in a child is laid out in their mother’s womb. As a newborn, the baby requires increased attention and demands the mother to satisfy all of their needs in terms of nutrition, safety, communication, and all other key aspects. Hence, egoism becomes the basis for the survival of a little human being.

Therefore, one should distinguish between healthy and unhealthy egoism. The former is aimed at the development of personality, ensuring personal safety, and gaining knowledge of the surroundings. The latter implies the development of a consumerist attitude towards others and the lack of ability to see the desires and needs of other people.

Selfishness in children stems from a mistake made by adults when raising their adults. If a child grows up selfish, this means that their parents (perhaps unconsciously) assigned them such a behavioral model.

Common mistakes of parents of one child – how to avoid them? Manifestations of egoism in children and parental errors can be different. Here are some of them.

The first and only child quickly gets used to the fact that their parents do everything on their behalf. This goes from tying shoelaces to organizing their school backpack. As a result, when parents decide that their son or daughter is old enough to deal with those tasks, the child finds themselves in a state of shock and misunderstanding. They genuinely do not understand why they should be doing something that their parents were previously doing for them on a daily basis.

Introduce your child to household chores starting from a young child. A 3-year old is already capable of putting their toys away and of dressing themselves. Gradually increase the areas of your child’s responsibilities. Make sure that every task has been followed through until the end and that you have recognized that those tasks have been completed.

The manifestations of «healthy» selfishness before the age of 3 years old, are perfectly normal. With its help, the child interacts with the outside world and obtains a corresponding reaction. The child may throw tantrums if they feel discomfort, if they experience pain or if they lack human interaction. Also, the child may sense the tense atmosphere in the family, and react to it accordingly. At preschool age, children are often eager to demonstrate their talents and abilities as well to earn the praises and the admiration of others. Parents encourage them by telling everyone what a wonderful child they have, and how the child achieves everything because of their intelligence. However, moms and dads often fail to assess the real achievements of their children adequately. This is because in their eyes, their child is always perceived as a better and more capable individual than other children. As a result, the child develops excessive self-esteem and a lack of self-criticism.

Try to display interest not only in the successes of your child, but to also ask them about their friends, acquaintances and classmates – what they’ve achieved and what their successes are. Express your compassion for your child’s friend who has failed a test, and joy for a classmate who has won first place at a competition.

It is unnecessary to be praising your child for absolutely everything, despite the fact that a lot of parents consider this to be «the way to go». Children need to develop the skill of critical thinking towards their own actions and the actions of others.

Departing from good intentions, parents often contribute to the development of a child’s egoistic manifestations, which happens when the child receives everything they ask for, right away. Having grown up a little, such children turn into skilled manipulators and «blackmailers». Their appetites grow, and with them, grows their confidence that everyone around them is there to satisfy their needs.

If parents do not change their educational tactics, they are risking raising a greedy, insensitive individual focused on non-stop consumption and always putting their own benefit first.

When a second child becomes part of the family A lot of parents sooner or later decide to have a second child. There are many reasons that influence the parents’ decision to have only one child. However, this child has all the chances of growing up into a well-mannered, generous, and empathetic person. After all, what really matters for the correct development of the child, is not the presence of a brother or a sister, but rather a calm and friendly atmosphere within the family, as well as wise and loving parents. Interview with a psychologist
Problem children: what hides behind their disobedience and tantrums?

«Restless, naughty, ill-mannered- in short, a problem child». We hear such words very often from… Interview with a psychologist
Idleness or Rest? Talking About Harm and Benefits of Free Time for Children

“Instead of sitting around doing nothing, do something useful”, “Get off the phone and help… Interview with a psychologist
Teenage love. What should parents do?

Adolescence is often the time of first romantic emotions. What is teenage love, how should…