How to deal with inappropriate behavior of other people’s children? 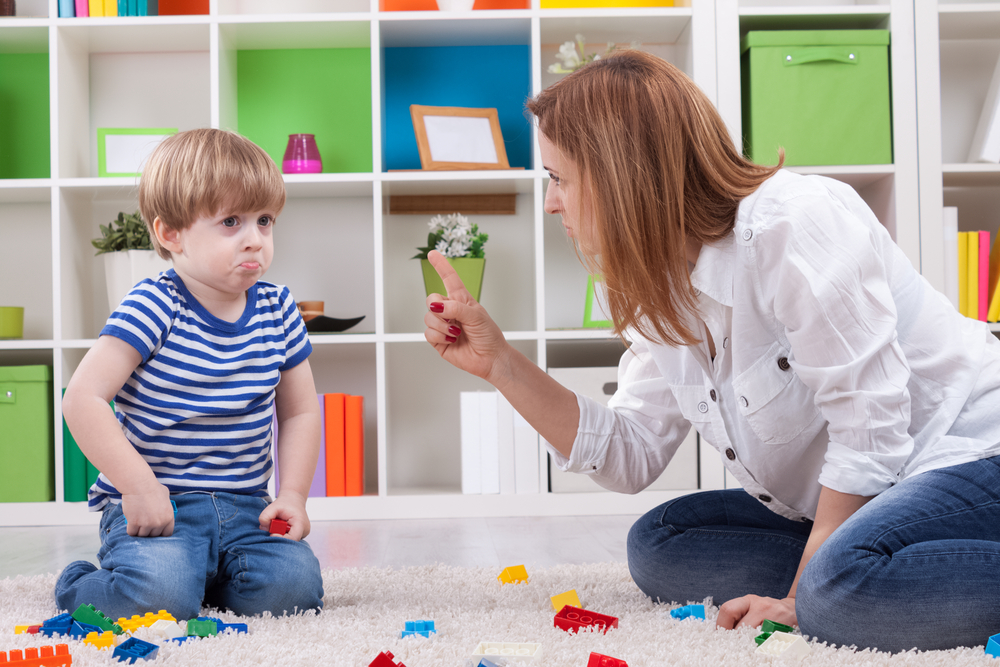 How often do you notice other children’s “inappropriate” or annoying behavior? This may happen in public places or public transport, in a store, the kindergarten, and so on. If you, like many of our readers, ask yourself a reasonable question “Do I have the right to make a comment towards other people’s children?”, then let’s look into it together. Parents and experts will help us with this. We will ask James Murphy, a child psychologist and a collaborator for educational portals, and Laureen Smithson, a child psychologist for adults.

Parents, adults and teachers often complain about modern children. According to them, these children are disorganized, disobedient, ungrateful and impudent.

“I’m walking down the street and I see a child is stroking a homeless dog… Well, it’s bad! I made a comment, telling them to leave the dog alone (it can carry diseases or insects!), and told them to go and wash their hands. The child replies with a rude comment to me! Modern children are so poorly raised!”

Adults, especially teachers and parents, often sincerely believe that they have the right to make comments towards other people’s children, since they, adults, are older, smarter, more experienced. In their mind, it is certain that there are so many situations that are appropriate for these occasions!

It is true that it is inhumane to be unresponsive when there is a direct threat to life, health and safety of a person (regardless of who is in danger). Help if you can, and if you can’t – call those who are able to do so. In such a situation, are we going to make comments or try to educate other people? Most likely, we will be too busy for that.

But why, in any other situation, whilst being a non-dangerous one, but the one that does not fit into our ideas about what is right and what is wrong, or is simply uncomfortable for us, do we begin to make comments? What do we want to achieve by that? Let’s say that some children are screaming on the bus and that you really need some quiet time after a long day of work. This situation is then becoming understandably annoying. However, be honest to yourself, would a comment (maybe a pretty unsatisfied or even slightly rude one) from an adult work for you when you are talking loudly and enthusiastically? Probably not. And if they calmly ask you, if they explain and enter into a dialogue with you, a favorable outcome would be much more likely.

I often come across situations when comments are made to other people’s children. I am always scared to find myself in the place of these parents, with someone making comments to my children. How will I behave in this case? Will I remain silent or will I react accordingly?

Nevertheless, here’s the paradox, my children are 14 and 9 years old, and so far there have been no comments made towards them. Maybe because they always behave decently in public. I think this probably suggests that I have educated them right and explained to them how to behave around other people.

I remember a large number of situations when other people’s children behaved badly, and I was tempted to make a remark to them. However, again, my values did not allow me to violate the personal space of someone else’s family. I do not see myself to have the right to educate others. Moreover, I think that the children themselves are not to blame for what they were taught, and what example their parents have given them,

Being adults does not give us the right to look down on children and teach them life lessons all the time. In any potential conflict, the quality of the argument depends on the stronger participant. The strong side sets the direction and the mood. We, as adults, have to choose the way to go when interacting with any children. We could pay attention or show our immature side to them by shouting, pulling and speaking with a very strict tone. Ultimately, this is the example that will work for our children better than any words.

Where do you think children get their habits, patterns of behavior, and attitudes towards others from? If the child does not have biological disorders (damage to brain tissue when in the womb, for instance), then they can only get it from parents. It is the parents who lead by a behavioral example. Therefore, is it worthless lecturing someone else’s child when their behavior stems from their parents.

As a psychologist, I often see excesses in the behavior of mothers (unfortunately, there are many of these) with an overly protective attitude towards their sons and daughters. I see how women, with their excessive attention, “cancel out” their children, and I know that no good could be done without the children of the parents as it is pointless. It’s like treating an addiction without the desire of the patient. In the same way, your remarks to parents will also be useless,

Help, instead of having a go at the child because of your irritation and bad mood A remark is when a person expresses their negative attitude towards something so that the other person understands that they are not acting in the right way. There is nothing wrong with explaining to another person (regardless of their age) that they are violating someone’s boundaries. We live in a society, and it is good when we are considerate of others. Comments turn into advice expressed in a friendly manner. Such words will not offend and not frighten anyone. All they bring is benefits.

Unfortunately, this is not always the case. The remark can take the form of a kind of punishment, in which the speaker will express their own irritation and will project it onto others. In this instance, the child will be chosen for this outburst because they are weaker. And this is absolutely not something that should be done.

The result of such educational remarks can result in a ruined mood, to say the least. As a consequence, the child may be scared and not want to go to the playground or to the store next time. I believe that no one can make remarks to someone else’s child, except in cases of obvious danger, such as falling from a height, causing harm to oneself, and in the event of a fight.

I would not want someone whom I do not know to make a remark to my children. In my presence or without me, why on earth would someone put themselves above a parent and negate their importance in the eyes of their own children? Moreover, I am categorically against any bodily contact: you cannot grab the hand, push them or violate the natural boundaries of the child in any other way. Touching is a very intimate act and an invasion of personal space.

If this is a simple verbal remark, then the person should behave respectfully, without shouting, aggression or insults. Otherwise, you can run into retaliatory aggression as a reaction from the child, especially if they are teenagers. At the age of 12-15 years old, they can be excessively rude even to their parents,

Another situation is when a child is given a remark as a form of “punishment”, without the presence of their parent. Most frequently, this happens in schools. This is disguised as a form of the educational process. The damage caused by these words can be seen many years later during an appointment with the psychologist if a person pays a visit to a professional. 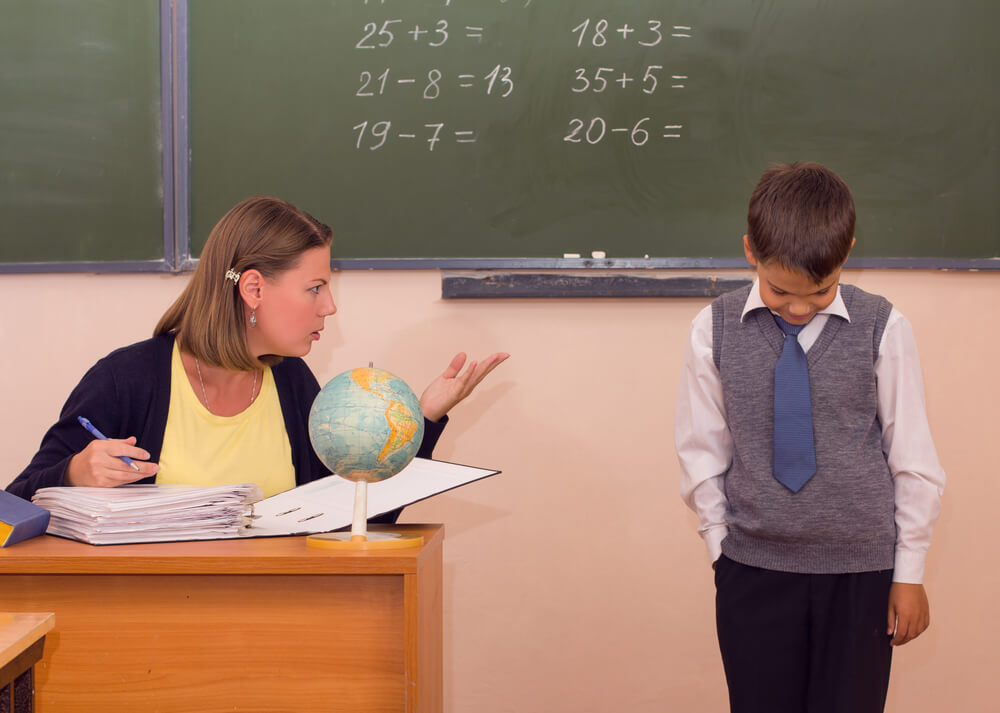 Making comments to children, teaching them how to act is one of the goals of society. If we look at the animal kingdom, we can spot that everyone educates everyone in it. However, if we look at the European model of raising children, everyone is rather on their own.

In the model where everyone educates everyone, it could be sometimes perceived as not being indifferent to our fate as a nation and as a whole. After all, a child can be doing something dangerous and stupid in the absence of their parents, and they must be stopped. But how could this be done if the upbringing of someone else’s child should not normally concern you?

I think that it is important to make comments to other people’s children in the event where you see that it is absolutely necessary and when you understand that you are doing this not just because you are in a bad mood today, but because you can provide the necessary assistance to the person.

Make sure your child is not bullied by other adults or children when you are not around! Always know where they are at any given moment or where they were during the day, listen to what is happening around them and be able to give them a call at any moment, by using the Find My Kids parenting app. 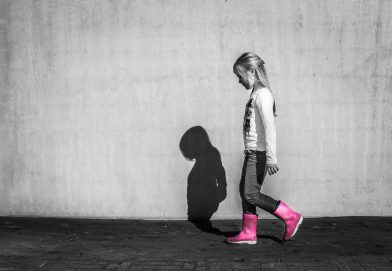 User story
“Мy daughter is being bullied and the parents of the offender are not reacting! What should I do?”

One of our readers had shared their story: “My daughter is being attacked by a… 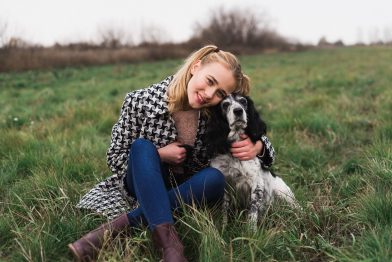 User story
Teenage-parents blackmailing! How to find common grounds with the “not so little” child?

One of our readers has shared their story: “My daughter is almost 16 years old,…