Who Discovered America, and When? All about Columbus and Columbus Day on October 10th | FindMyKids Blog
Close

Who REALLY Discovered America, and When? 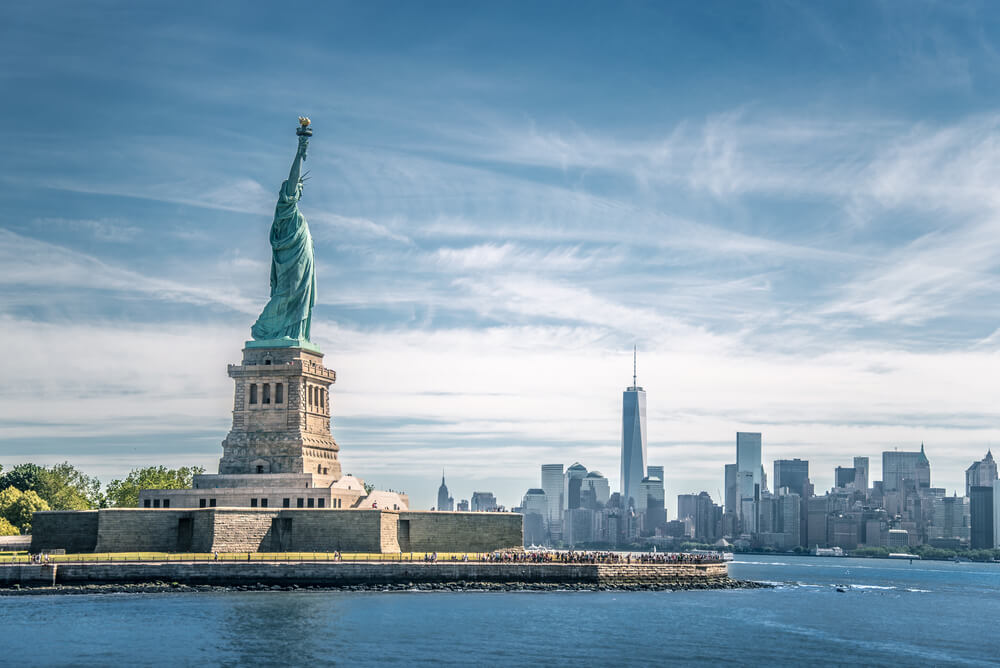 With Columbus Day 2022 fast approaching, we thought now is a great time to take an in-depth look at the origins of this national holiday and explore just how historically accurate the story is.

So if you think the answer to the question ‘when was America discovered?’ is October 12th, 1492, you may be in for a surprise! Keep reading for everything you need to know about this holiday, the real story at its heart, and the new ways the people are choosing to commemorate it. 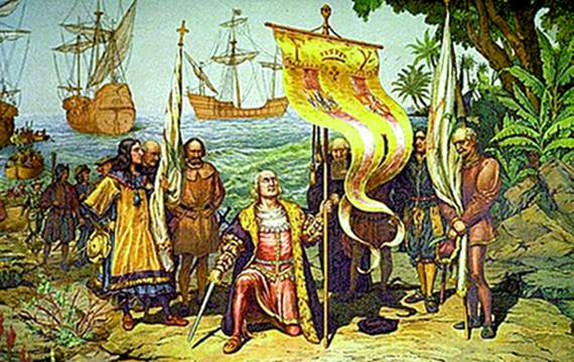 The ‘traditional’ story of the discovery of America goes that the Genovese explorer, Christopher Columbus, made landfall early in the morning of October 12th, 1492, on the island of San Salvadore, having crossed the Atlantic Ocean from Europe, seeking the New World. He and his crew traveled over 4,000 miles to make the journey. But is this all there is to the story?

Well, the question of who discovered America first (aside from the indigenous people already living there, of course—more on this later) is a little tricky. There’s a growing amount of evidence that Icelander Leif Erikson, along with his crew of Norse explorers, beat Columbus to the post by around five hundred years.

Also known as Leif the Lucky, Erikson is thought to have made landfall on continental North America in the 10th century and to have established a settlement on the coast. The remains of a Norse settlement have, indeed, been found in Newfoundland, and carbon dating has confirmed that the site was likely to have been occupied around the period 990–1050 CE.

But the speculation doesn’t stop there: credible theories suggest that, even before Erikson, explorers from Africa, Asia, and even Ice-Age Europe made expeditions of discovery that saw them arriving on North American shores centuries earlier. 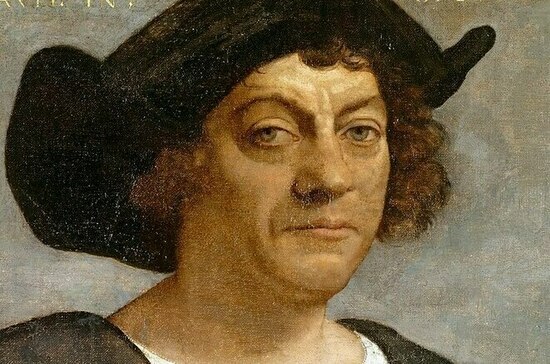 The evidence suggests that it’s very unlikely that Columbus was the first person to discover America. Instead, other groups of Europeans had likely made landfall on continental North America many years before Columbus sailed across the ocean seeking a new world. There’s even a story of second-century Irish monks having found their way to the continent.

Plus, the continent was home to indigenous tribes—groups of people that Columbus identified using the umbrella term ‘Indian’—who had been living in the country for millennia before the explorer and his crew set out on their voyage of discovery. Scientific studies have shown that a land bridge connected modern-day Russia and Alaska during the last ice age and genetic evidence suggests that curious explorers from Asia crossed this bridge (thereby becoming the very first discoverers of what is now the US) more than 25,000 years ago.

What About South America?

It wasn’t until a subsequent voyage in 1498 that Columbus set foot on the American mainland: embarking on the Paria Peninsula—in what is now known as Venezuela—on August 1st of that year. Columbus mistakenly believed it to be an island, christened it Isla Santa, and promptly claimed it for Spain.

Who Lived in America Before the Europeans Arrived? 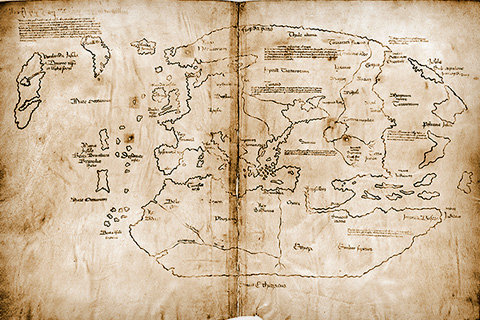 America was far from an uninhabited landmass before the Europeans made landfall and began to settle. The continent had been home to many different tribes, living lightly on the land for millennia before colonization began.

The Inuit lived in North America’s arctic regions, while the Cree’s territory stretched from northern Alberta to Northern Labrador. The Cherokee was the largest nation, inhabiting much of the land that’s now the southeastern US; Cherokee society was matrilineal, meaning that clan membership derived from the mother.

The Choctaw lived in the area now known as southeast Mississippi. The Plains Indians made their homes on the great plains and rolling hills between Alberta, Canada in the north, and central Texas in the south and were actually the only nation to construct and live in tipis, contrary to the widely-held belief.

Finally, the Navajo lived in what is now the southwestern US, having migrated from present-day Canada. The religion of the Navajo is centered on the Great Spirit and the Holy People and emphasizes living in harmony with the environment.

Why Did Columbus Want to Look for America? 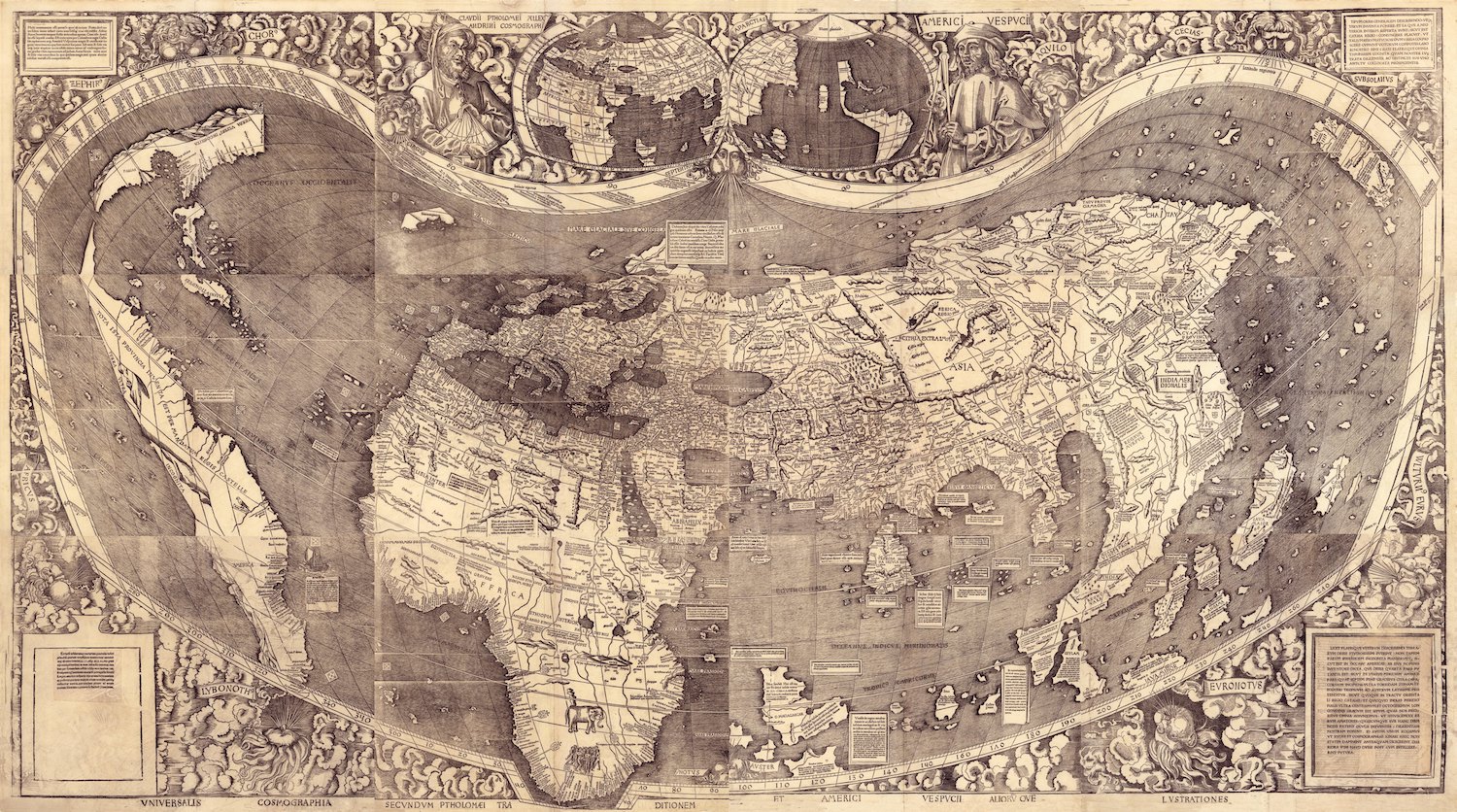 The first map to use the name America. Credit: livescience.com

Contrary to popular belief, finding America was actually an unintended consequence of Columbus’s real mission: he was looking for a westward sea passage to the Orient. The idea was to discover a route that would make trading quicker and easier than the dangerous and arduous overland journeys that were being undertaken at the time.

Columbus initially struggled to secure financial backing for his project and was on the verge of giving up on the whole thing. Eventually, at the eleventh hour, King Ferdinand and Queen Isabella of Spain agreed to sponsor his expedition, providing the funds he needed to set sail to look for the sea passage he was convinced existed. For their backing, he would need to hand over to the king and queen 90% of the value of any treasures he found in the course of his exploring.

What About European Settlers—Why Did They Come to America? 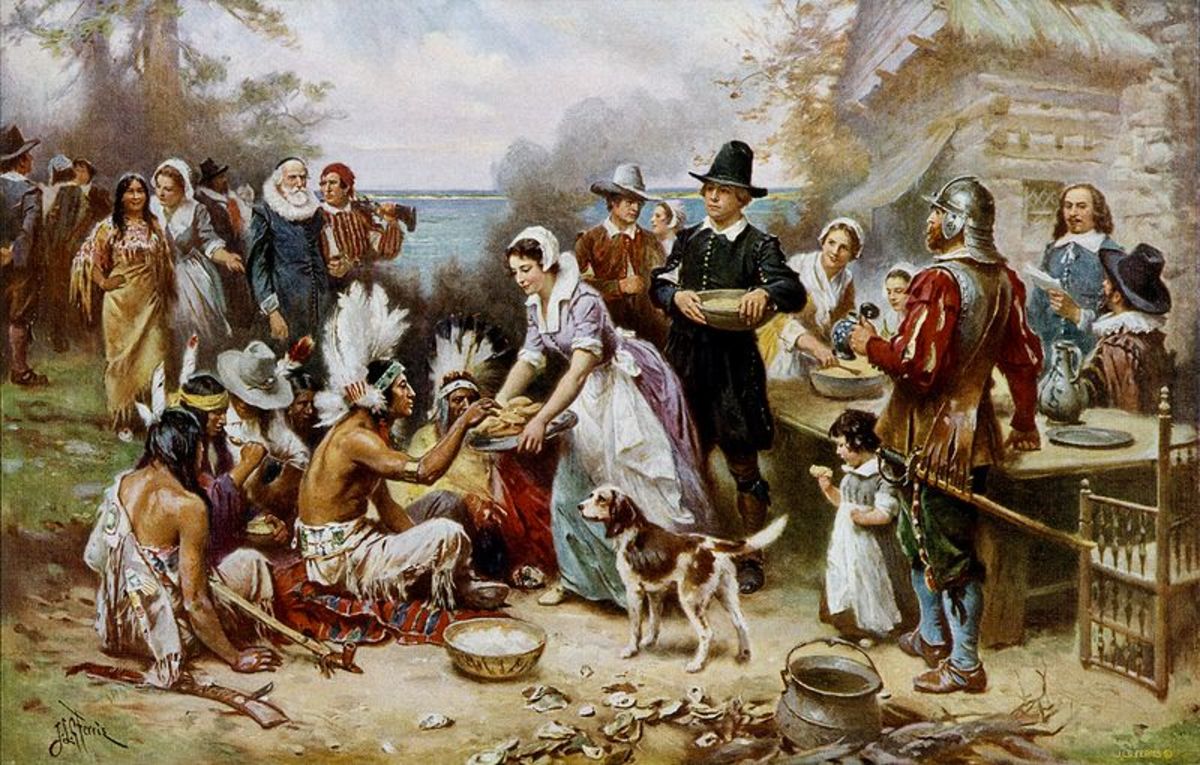 In the years that followed Columbus’s ‘discovery’ of America, the continent underwent a process of large-scale colonization by Europeans. Spanish colonies were set up at St Augustine, Florida, in 1565, followed by British colonists establishing a presence in what would become North Carolina and Virginia. In 1608 the French founded Quebec, and a further colony was started by the Dutch in present-day New York.

There are many—often complex—reasons settlers came to America; these included escaping religious persecution, a desire to spread the word, expanding their religious beliefs, or simply seeking a better life. Many families chose to immigrate in the hopes of finding their fortune, acquiring land, and leaving a legacy. On a wider scale, politics played a key role: once one European country had a foothold on the continent, the rulers of other regions were keen to establish their own power bases in the territory, too.

This is part of the story that wasn’t previously elaborated on in the traditional Columbus tale. Upon making landfall in America on his first voyage, the explorer had hoped to find valuable commodities to take back to Spain with him, such as precious metals, pearls, spices, and other treasures.

Disappointed in his expectations, Columbus decided that the indigenous people he encountered could be a valuable resource instead, so he captured and attempted to bring back to Spain 550 of these people. Most of the captives died on the voyage, and the rest were sold upon arrival at port. More indigenous people were captured and taken back to mainland Spain as part of Columbus’s second voyage to the Americas.

Queen Isabella subsequently proclaimed that those indigenous peoples living in the New World were her subjects and, therefore, could not be enslaved—much to Columbus’s disappointment. 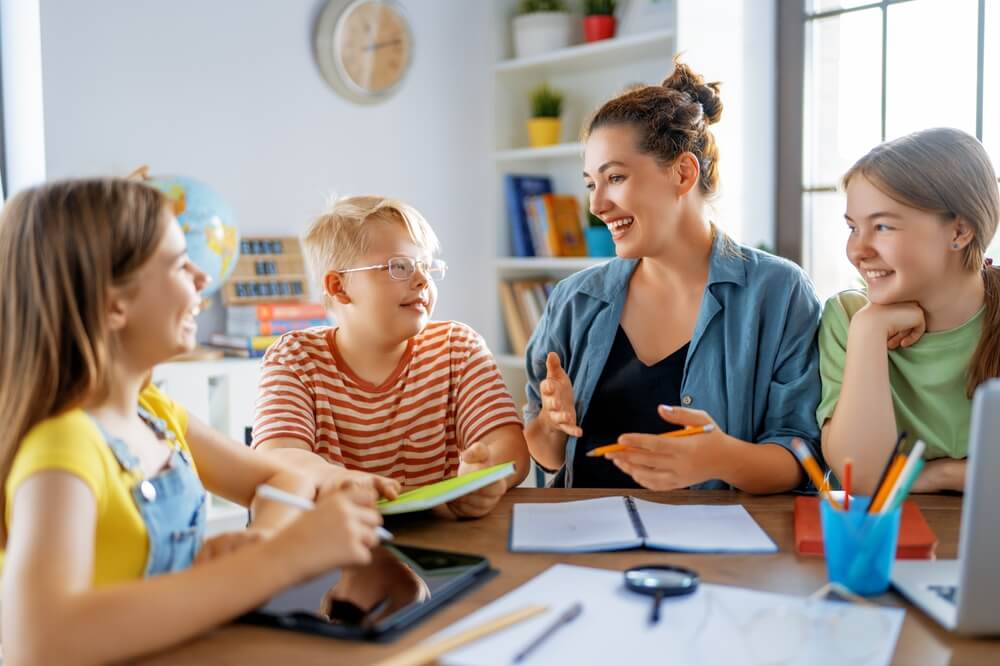 While it’s essential to teach kids that America was inhabited before it was colonized and the devastating effects that this colonization had on the indigenous people who had been living on the land, the story of Christopher Columbus still has an important place in history. Help kids get to grips with it with these easy-to-digest facts:

What is Columbus Day, and How is it Marked? 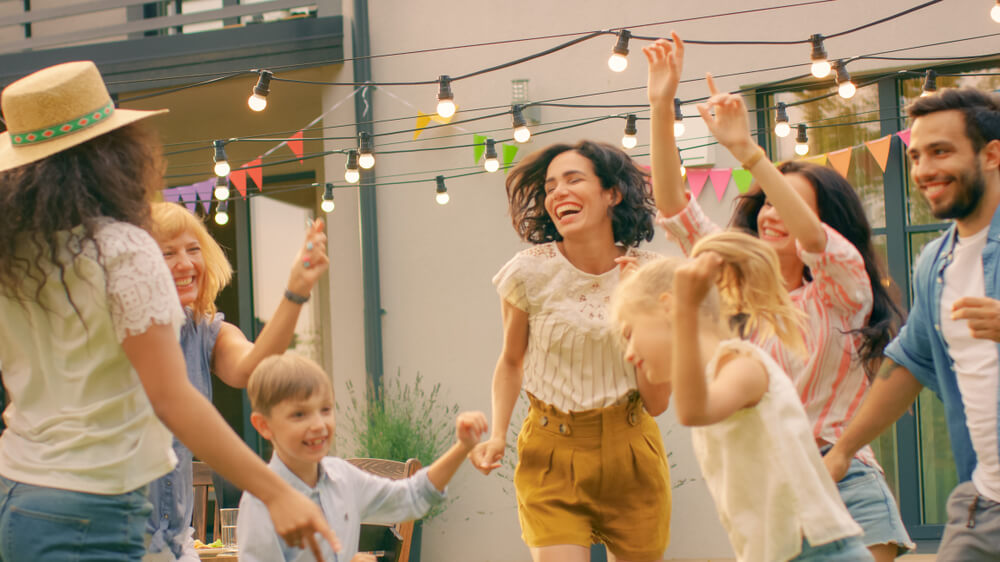 Columbus Day is a federal holiday in the USA; however, schools may or may not be open depending on the state. Although it’s marked as a national holiday, schools or businesses have no legal requirement to close.

The day is typically commemorated—by those who choose to observe it—with parties, parades, and other celebrations to mark the occasion. The day is also marked in Spain, where, formerly, October 12th was celebrated as Dia de las Hispanidad (Hispanic Day)—since 1987, the date has been observed as the Fiesta Nacional de Espana (the National Day of Spain).

A handful of countries in the Caribbean observe holidays connected to Columbus Day. October 12th is celebrated in Belize as Day of the Americas or Pan American Day, while in the Bahamas, it was commemorated as Discovery Day until 2001 when it was replaced by National Heroes Day.

An Alternative Celebration: the Day of the People 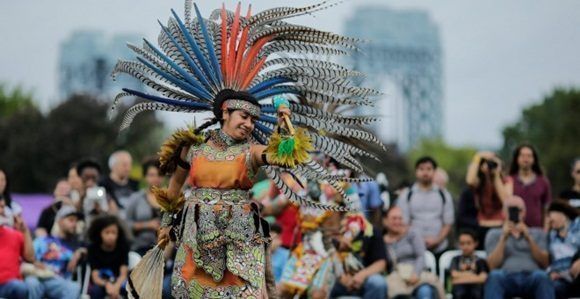 Many people feel uncomfortable with the idea of celebrating Columbus’s ‘discovery’ of America in light of the subsequent colonization of the land and the terrible suffering inflicted on the indigenous tribes by the European explorers and settlers—now increasingly regarded as a disparate invading force. Due to this, the day is now widely seen as an opportunity to reflect on and talk about what happened after Columbus’s arrival on the American continent.

In several Latin American countries, the date of October 12th is commemorated with a focus on the indigenous people of America rather than on Columbus and his expedition—it’s known as the Dia de la Raza: Day of the Race, or Day of the People. In Venezuela, October 12th is marked as Dia de la Resistencia Indigeba, meaning Day of Indigenous Resistance.

The largest city named in honor of the explorer Columbus called off its usual Columbus Day observances a few years ago in light of its divisive nature and potential to cause cultural offense. Instead, the city chose to switch its focus to Veterans’ Day, held in November, and make this a holiday, with government and other offices closed to mark the occasion.

A monument to Columbus that had stood outside city hall since its unveiling in 1955 was removed in 2020 due to the explorer’s cruel treatment of the indigenous peoples of America. 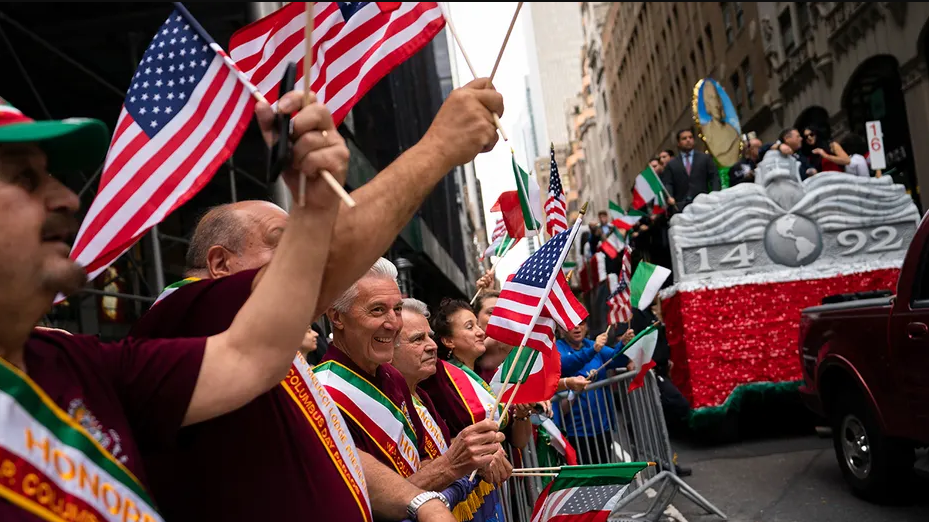 Increasingly, states in the US are choosing not to celebrate Columbus Day but, instead, to use the anniversary of Columbus making landfall in America as an opportunity to educate and discuss, and to commemorate the indigenous people.

Indigenous People’s Day is now widely celebrated throughout California, Minnesota, New York, and Colorado and is expected to replace the traditional Columbus Day anniversary over time. On the international stage, versions of the Columbus story are being revised, too.

For those wishing to commemorate Indigenous People’s Day this year, there are many ways to do so. Why not attend one of the many events that mark the day (you can do so virtually if none are going on nearby), practice land acknowledgment by taking the opportunity to learn about the tribes who traditionally lived on the land where you now live, or look for webinars to hear indigenous people sharing their cultural heritage and present-day experiences?

For those with kids, reading indigenous literature together, planting some native plants, or attending an online celebration are all great ideas to spend quality time together as a family while also recognizing and commemorating the history and culture of indigenous people.

The picture on the front page: spyarm/Shutterstock.com 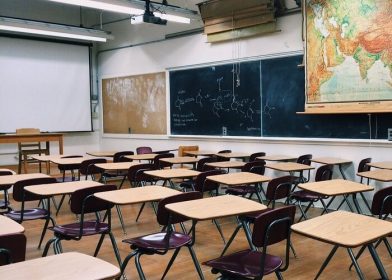 Education
How to Prepare For The First Day of School: Tips for Parents

The first day of school is a real challenge for parents on stress resistance. Will… 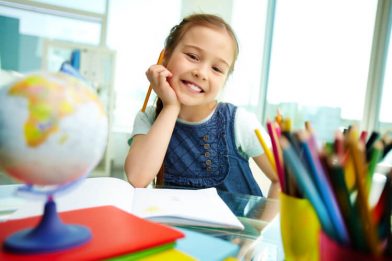