Being a parent is arguably one of the toughest, yet most rewarding jobs on the planet.

No one approach to parenting suits everyone. That’s why there’s a huge range of different parenting styles that we adopt when bringing up our children.

In this article, we’re going to cover 4 types of effective parenting — what the main characteristics are and how you can use them to be an awesome parent.

The best parental control app is “Find my Kids” app from AppStore and Google Play. It provides amazing features like live location tracking and listening to surrounding noises and others. The best part is that you can use it for your toddlers and teenagers.

What Is A Parenting Style? Research has shown that parenting styles may have a huge effect on a child’s educational success and career path.

There are 4 main types of parent styles, most of which have been outlined by legendary psychologist Diana Baumrind.

The parenting styles outlined by Baumrind include the «Authoritarian» style, the «Authoritative» style, and the «Permissive» style. After further research was carried out on this topic, a fourth style was added to this list by psychologists John Martin and Eleanor Maccoby. This style was known as «Uninvolved» or «Neglectful» parenting.

The styles of parenting that Baumrind outlined vary depending on the 2 main factors — «Responsiveness» and «Demandingness».

The difference in styles was decided based on whether a parent was a high responsive or low responsive parent, and whether they were a high demanding or low demanding parent.

The authoritative parenting style is coined by its high responsiveness and high demandingness.

The authoritative style also implements high standards for behaviour and attitude — this style demands the child to respect their parents. There are set rules involved that your child should follow, however, the rules are always fully explained so your child can acknowledge the meaning behind them.

When following this style of parenting, you’re ensuring that you’re consistently building a positive relationship between you and your child.

Out of the 3 parenting styles founded by Baumrind, this was her favourite. The authoritative style brings together strict rules, emotional support, and guidance to help your child grow into the best version of themselves. The authoritarian style of parenting differs from the authoritative approach.

This parenting style is based on a clear set of strict rules — which are often enforced with consequential punishments if they’re not obeyed.

Whilst parents who adopt this approach demand a lot from their child, they’re also very low in terms of responsiveness — they can often be disengaged from their child’s life, offering little to no guidance or support, unlike the authoritative style.

An authoritarian parent also disregards their child’s feelings or opinions on any given topic — another sign of little to no emotional support for their child, which can harm their self-esteem.

The authoritarian way of parenting isn’t held in high regard, however, it can be an all too common — especially if the parent isn’t aware of the long-term effects their style of parenting is having on their child. As a permissive parent, you may outline rules, but you fail to enforce them.

Your attitude toward parenting is very laid back — you feel that your kids will ultimately find their path in life and learn from their own mistakes.

However, this doesn’t mean Permissive parents don’t support their child. If there’s ever a serious issue, the parent will always step in to offer guidance and support.

This parenting style is more friend-like than parent-like. Although you’ll listen to your child’s issues, wants, and needs, you prefer to take a backstep and allow them to figure things out for themselves.

If a child misbehaves or disobeys the rules set by their permissive parents, they will likely be little to no consequence — which could reinforce bad behaviour.

As well as not enforcing rules, permissive parents may fail to teach their children good habits, such as hygiene and healthy eating. This could lead to children becoming unhealthy.

This style of parenting was discovered by psychologists John Martin and Eleanor Maccoby.

Neglectful parenting is the most undesirable style of parenting to choose from. Neglectful parents often leave their kids to their own devices, whilst offering no support or guidance that would otherwise help them to grow into the best version of themselves.

There are no clear set rules for the child to follow, meaning they’re likely to misbehave more frequently.

This parenting style isn’t always intentional — the parent could be struggling with many other issues which inadvertently means the child becomes a secondary priority.

How Each Style Can Affect Children

Each of the parenting styles can affect children in different ways.

Authoritative parenting can have a profoundly positive effect on children. Children who were brought up with this style of parenting feel nurtured, loved, and guided in the right direction. They will often become more successful in terms of educational achievements and career.

Authoritarian parenting can have a somewhat negative impact on children. Children are more likely to become resentful towards their parents, as they’re constantly being punished instead of guided to make better decisions.

Children with authoritarian parents may feel unloved and unheard as the parents usually spend little time bonding with their child.

Permissive parents can make their kids feel like they have no proper guidance or support. Children of permissive parents may struggle in terms of education and careers as a direct consequence of no real parental support.

Bad habits may be formed relating to eating habits and hygiene, meaning the child is at higher risk of becoming unwell.

The long-term effect of this parenting style can be devastating. Children with neglectful parents may have huge confidence issues, become unhappy or even depressed, and may perform poorly in terms of their education and career. The Attachment Theory was first established by UK based psychologist, John Bowlby. Bowlby carried out an extensive range of studies in the ‘50s and ‘80s.

In simple terms, Bowlby’s theory suggests that in a child’s early years (0–3 years), the level of attachment a child develops with their parents directly affects their future relationships — both with their parents and everyone else. The Attachment theory — although it mainly related to a child’s early years — states that the solidity of a child to parent bond can have a significant impact on how a child acts during their teenage years.

Research has shown a significant correlation between the strength of the attachment a child has to their parents and how the child grows through adolescence.

Children with stronger attachments with their parents were less likely to partake in behaviors such as underage drinking, drug use, and sexual activity.

Teenagers who were securely attached to their parents were also less likely to develop mental health issues, such as depression and anxiety.

Attachment theory shows us the importance of forming secure attachments with your child, not just in their earlier years, but also as they grow and develop. As well as the four major parenting styles that we’ve already outlined previously, there are many other styles that parents can employ when bringing up their child.

Unconditional parenting is characterized by its approach to accepting the child’s actions and behaviors no matter what — allowing them to be themselves. This reinforces the child’s individuality and enables them to grow up feeling accepted for who they are, no matter how they act.

Holistic parenting is where parents encourage their children to explore their individual beliefs. This involves not enforcing any religious views on your child. Also, instead of setting strict rules, you should instead lead by example.

Nurturant parenting (also known as «Slow Parenting») is characterized by its steady approach. Instead of rushing to form relationships and setting rules, this style of parenting requires parents to take more time to form meaningful connections with their child.

The Impact Of Parenting Styles As we’ve discussed previously, parenting styles can have a huge impact on how children grow and progress throughout their entire lives.

Certain parenting styles, such as authoritative parenting, will enable both parents and children to form secure attachments from the early stage of a child’s life.

Secure attachments are directly linked to a more positive progression throughout life for children. As research has shown, there’s a direct link between children who have secure parental attachments, and a reduction in mental health issues, including depression and anxiety.

Parenting styles, most notably neglectful parenting, can have a profoundly negative effect on a child’s development. Although this style of parenting isn’t always intentional, it is by far the most detrimental to a child’s growth and well-being.

Children who have been brought up by neglectful parents are more likely to suffer from confidence issues, form behavioral problems, and perform poorly during their education.

When deciding on the parenting style you wish to adopt, it’s wise to consider the impact it will have on your children in later life. Although it’s important to choose a style that suits you, you must ensure that your child can form secure attachments to you, which will ultimately set them up for a positive and prosperous future.

Which Parenting Style Is Most Effective? The most effective parenting style, as stated by Diana Baumrind herself, is the Authoritative style.

Of all the different parenting styles, authoritative parenting has proven to have the most positive effect on children.

The combination of guidance, support, and rules which are enforced, are all strong elements that enable a child to grow into the greatest version of themselves.

Children who have been brought up with the authoritative parenting style are more likely to achieve academic success, as well as having success within their career.

With authoritative parenting, the child feels nurtured and loved, which will help with their confidence and self-esteem as they grow and develop.

If you’re looking for the best parenting style to bring up your children, it’s definitely worth considering the authoritative style. As you can see, there is a huge range of different parenting style — all of which have their pros and cons.

Parenting styles are something you may want to seriously consider researching further to ensure your child is brought up in the best way possible.

It’s worth noting how each style can impact your child, especially in terms of how they bond with you in their early years. The attachments your child forms during this period can have a significant effect on their mental health in adolescence and later life.

Not all styles will suit your preferences. You may wish to be more lenient or set more rules. Choosing a style can be difficult, and there’s no such thing as a «one size fits all» approach.

You may choose to use elements from all different styles of parenting, depending on the age of your child or the situations you’re faced with.

If you want to learn more about how different parenting styles, including «Helicopter Parenting» then check out this awesome blog we’ve just posted for you. 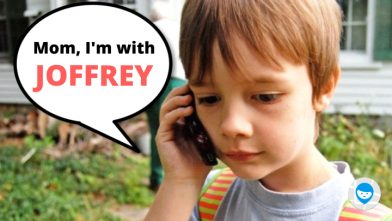 Imagine that you have gotten yourself into a difficult situation or unfamiliar or dangerous circumstances….

Education
,
Parental Tips
Skills of the future or how to raise a successful individual

The world does not stand still. Information, medical, space technologies are developing at an incredible… 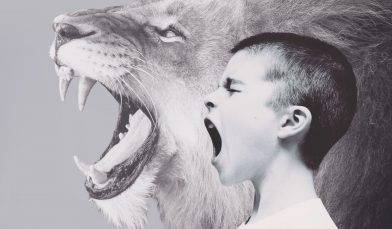 Education
Aggressive behaviour in children: what can parents do

An aggressive child is not uncommon in the modern world. Unfortunately, for many parents this…