Thanksgiving day 2020: what day is it this year, history and traditions | FindMyKids Blog

All about Thanksgiving day 2020 Thanksgiving Day is just around the corner. It’s not just a day to treat yourself to some delicious food, though.

The history of Thanksgiving goes back to the seventeenth century. It went through many iterations over the years before establishing itself as a fall time tradition in the United States.

What Day is Thanksgiving This Year? 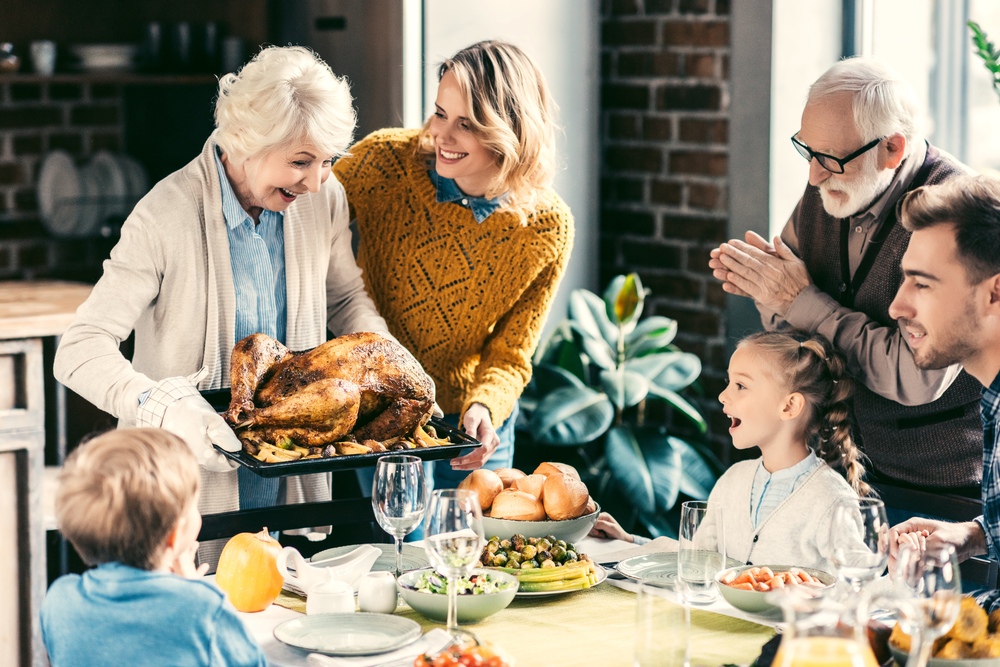 This distinction is essential to make, as Congress passed a law to make it official in 1941.

This was done to end the debate between people wanting to celebrate on the last Thursday versus those who were keen on the second last Thursday of the month.

Thanksgiving is held every year to give thanks for the fall harvest.

This custom is recognized today as a fundamental aspect of American identity. Still, the tradition can be dated back through the ages, as many Native American tribes were said to have celebrated the harvest as well.

Nowadays, it serves as an excellent opportunity for families to reunite and bond over a lavishly prepared feast.

The annual tradition has become a cornerstone of America, and Americans look at the holiday as giving thanks to their nation’s foundation as much as to the fall harvest. 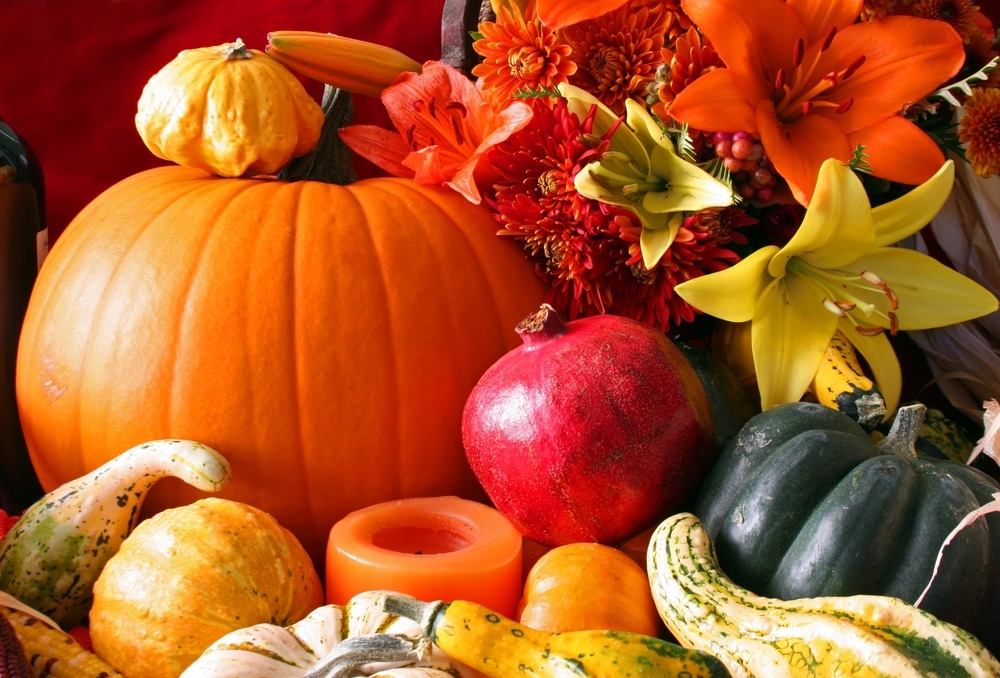 Thanksgiving, as we know it today, can be traced back to 1621. This was the year the pilgrims came to America in the famous Mayflower held a feast with the Wampanoag tribe.

The event was held in Plymouth over three days. It was intended as a token of thanks for the fall harvest of that year.

The pilgrims were particularly in need of such a bountiful yield, as they were in dire straits, and many had failed to make through the harsh winter months. They had left their homes in Europe in search of a better life across the Atlantic.

When it looked like the pilgrims were at their end, they were helped by the Native American tribes that lived in the surrounding areas. With their guidance and assistance, the pilgrims began to adapt to their new environment and soon learn all the necessary skills to fend for themselves. The Natives taught them many things about the land that would prove to be essential in the coming years, such as the process of farming corn.

This was encapsulated in the harvest of that year, which provided a morale boost to the newcomers, and cemented their relationship with the Native tribes. The harvest signaled a turn of fortune for the Mayflower pilgrims, who established the first-ever colony in New England.

However, Thanksgiving would not become a part of American until many years later when George Washington declared in his first term as president that November 26th of 1789 would be a day of celebration and gratitude for the new nation. 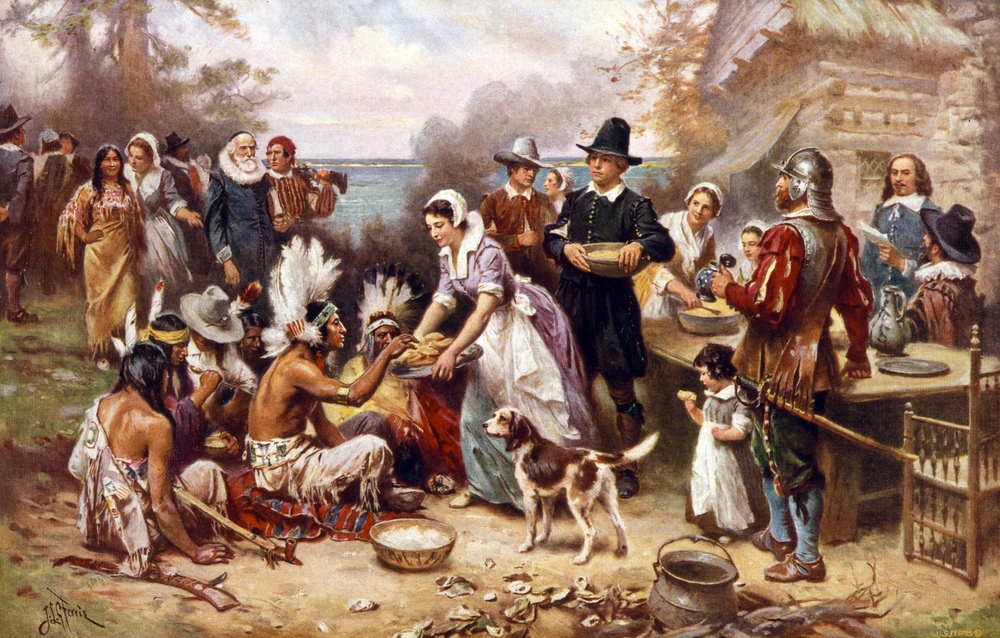 However, this day was not yet known as the Thanksgiving Day celebrated now, as many states did not celebrate it, and those that did set their own dates for celebration. This caused Thomas Jefferson to scrap the initial idea altogether.

It was not until Abraham Lincoln established Thanksgiving Day as a federal holiday in 1863 that it began to take the shape of the celebratory family festival we see today. President Lincoln also cleared up the date by declaring the day of Thanksgiving to be the last Thursday of November, regardless of the date.

Franklin D. Roosevelt briefly changed this established date in 1939. He switched the date from the last to the second last Thursday of November as he wanted to boost the economy by creating a lengthier shopping window for Christmas.

This decision had a mixed reaction amongst the states, with many ignoring the change entirely in favor of tradition.

The change was reverted by Congress in 1941 to clear up any confusion, and Thanksgiving was established as a national holiday.

Keep your child safe during the holidays when they walk alone or attend social events. In order not to lose sight of your child and always know where they are, as well as listen to what is happening around them, install the “Find My Kids” app. 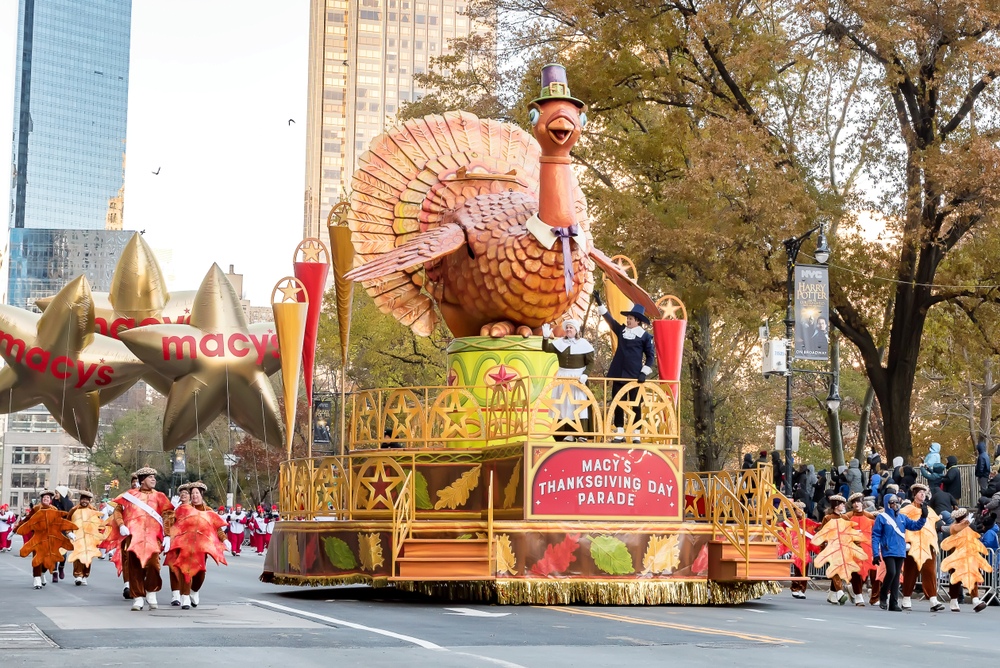 Thanksgiving Day brings a host of other traditions with it as well. The most famous is one that began even before the day was declared as a public holiday by Congress.

In 1924, Macy’s employees, a famous department store, paraded through the streets of New York City and started a tradition that is seen as an integral part of the holiday.

The employees were dressed in various costumes, along with multiple singers and bands for live musical performances. The parade also featured a variety of animals from the local zoo in Central Park.

Perhaps the most recognizable part of the event is the inclusion of giant balloons and floats, and the entire parade attracted large crowds from across the country.

The parade was turned into an annual event that coincided with Thanksgiving, and it was briefly stopped when the country took part in World War 2.

Since then, the parade was shown on national television, which popularized it even further. This parade has been featured in popular cultures, such as in the movie Spider-Man, released in 2002.

How is Thanksgiving Celebrated? 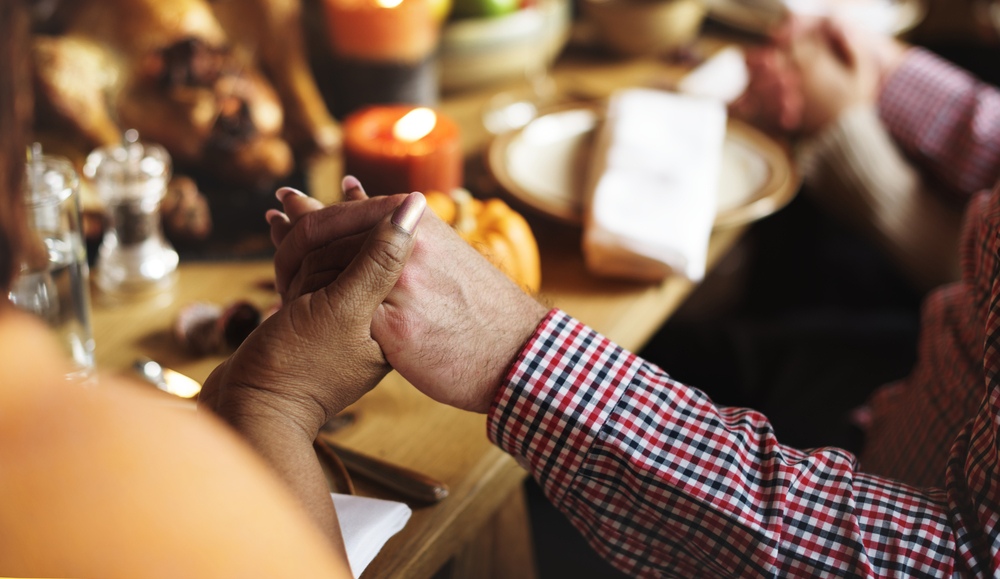 Many traditions are carried out for Thanksgiving. The most interesting is the Presidential pardon.

Each year, the serving U.S. President receives two turkeys, who are then officially pardoned and not eaten as part of the Thanksgiving feast.

The tradition was popularized by President George. H. W. Bush and all his successors have carried out the ceremony each year.

The primary purpose of Thanksgiving Day is to gather with your family and loved ones and enjoy a meal together.

This tradition is to pay tribute to the pilgrims and their feast with the Native American tribes all those years ago. 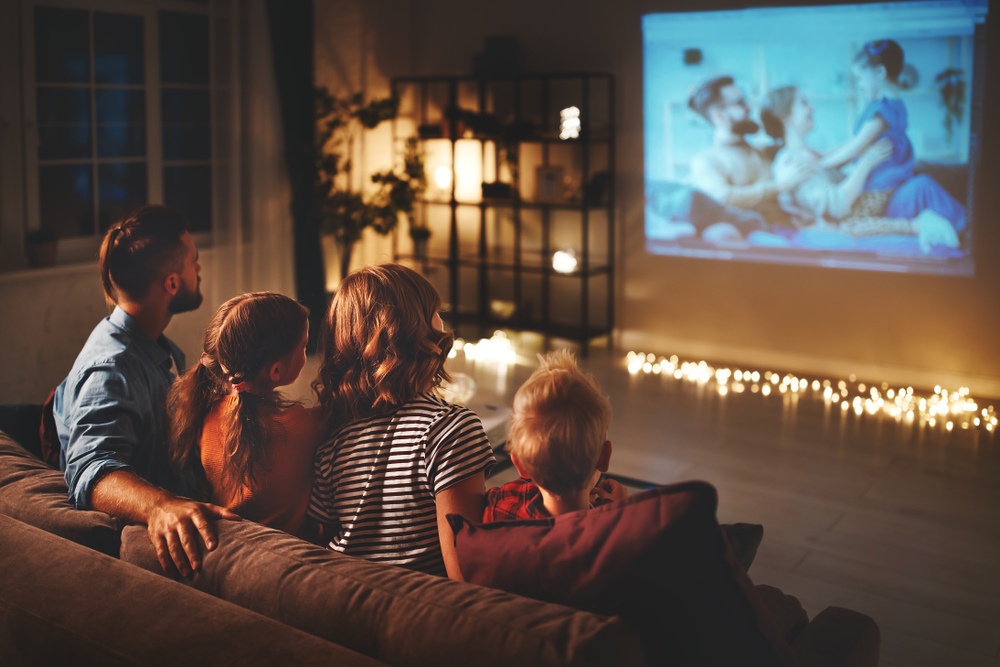 A big part of the holiday is spending time with your family, and many people love to gather around the TV and watch movies after their meal. There is a wide selection of Thanksgiving-themed films to choose from, as the event is ingrained in American culture and has been a subject of many artistic works. Some of our favorites include the classics such as “A Charlie Brown Christmas” and “Home Alone”, and you can also check out “Krishna” or “Planes, Trains, and Automobiles” for some added variety.

Crafts and games for kids

Little children will probably not want to sit around the house all day, and Thanksgiving Day is an excellent opportunity for family bonding.

This is because all your family is gathered in one place, and this presents the entire family a chance to play various board games and other such fun activities and make good memories together. You can choose from a host of engaging options, such as pumpkin roll, pining the feather on the turkey, or a treasure hunt. You can also play verbal games like charades or I Spy. 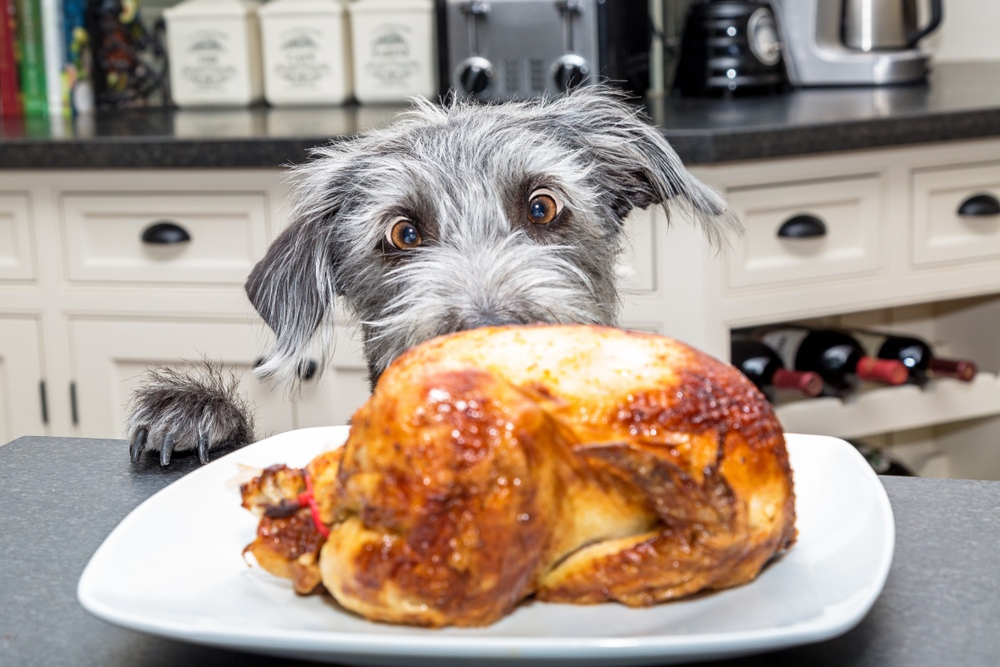 Thanksgiving Day is one of the oldest and most cherished American holidays.

Many people look forward to Thanksgiving all year because it is seen as the official start of the Christmas period. This period is a special time for people, as they often meet their relatives and loved ones after a long time to exchange gifts and pleasantries on Christmas Day.

Christmas shopping is also an essential part of the entire experience. The day after Thanksgiving is when most stores across the country hold sales and special offers to boost revenue and make it easier for people to purchase the gifts their loved ones want.

The day is known as Black Friday, and it has become a tradition in its own right.

If you’re a parent, Thanksgiving Day is a wonderful time to make strong connections and memories with the people closest to you.

What special activities are you planning with your family this Thanksgiving? Let us know in the comments below! 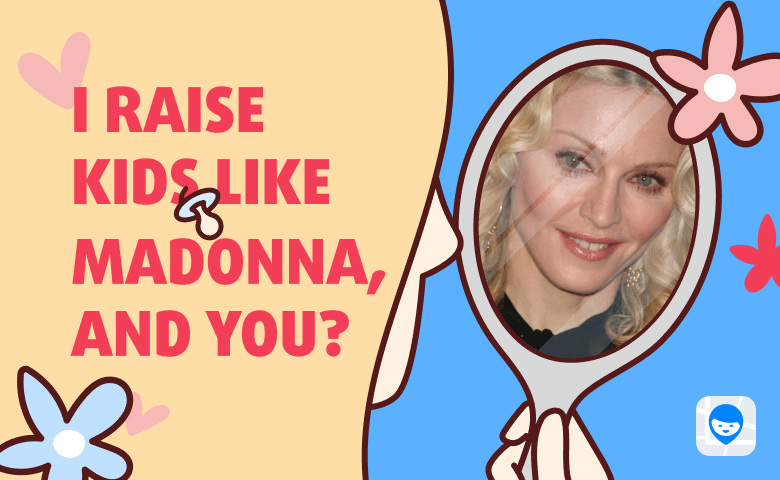 Parental Tips
Which Celebrity Mom Are You? Quiz 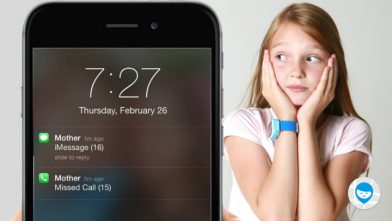 Parental Tips
Missed Calls? Here’s How to Teach Kids to Answer the Phone 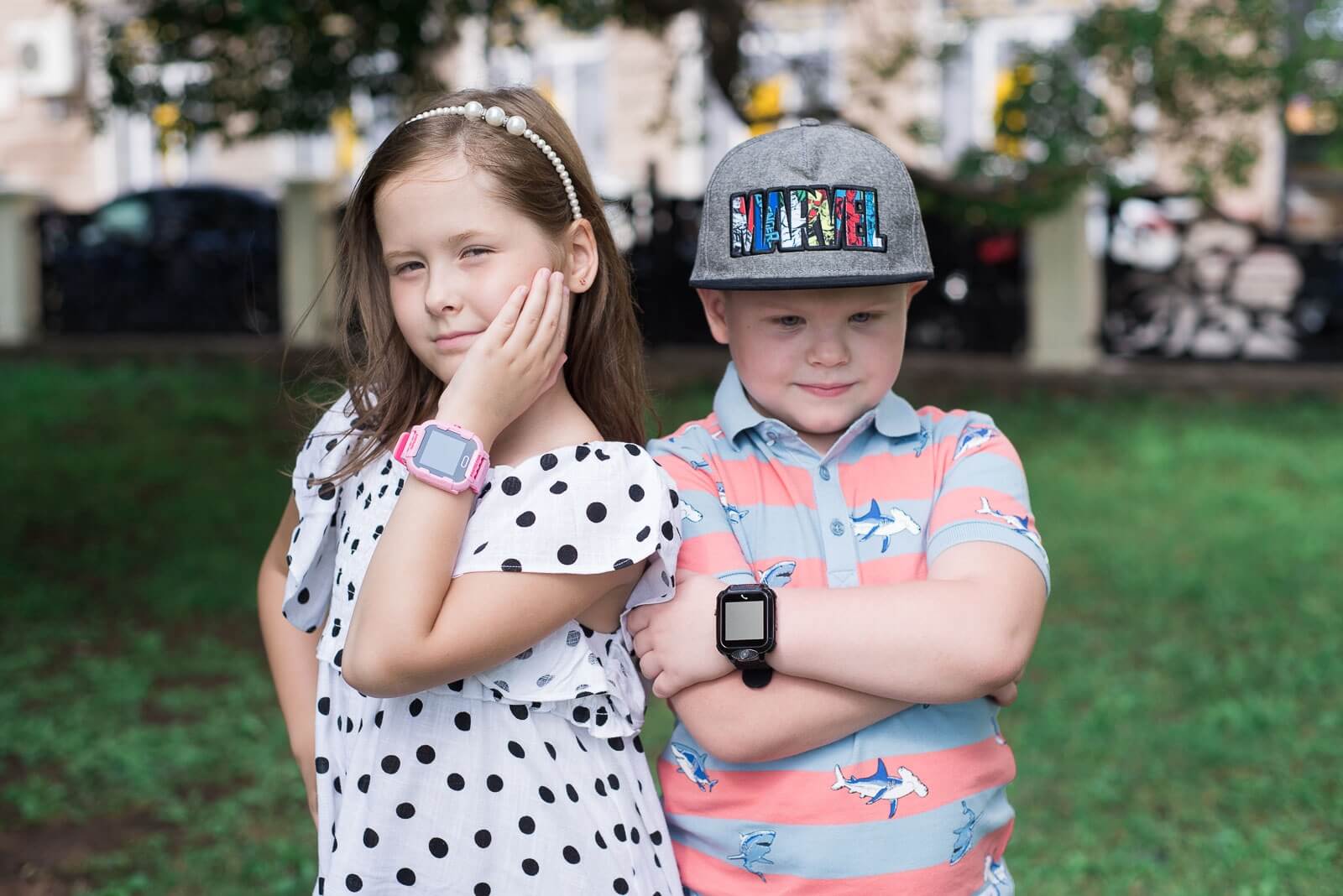 Parental Tips
Why Do We Allow Children to Switch Off the Sound Around Feature?

The Find My Kids app was created for your parental peace of mind. It keeps…