Why Kids Use Dating Apps in 2023: Useful Things to Know | FindMyKids Blog

Why Children Use Dating Apps: Things Parents Should Know

Author of the Findmykids Blog parent portal.
Become an author 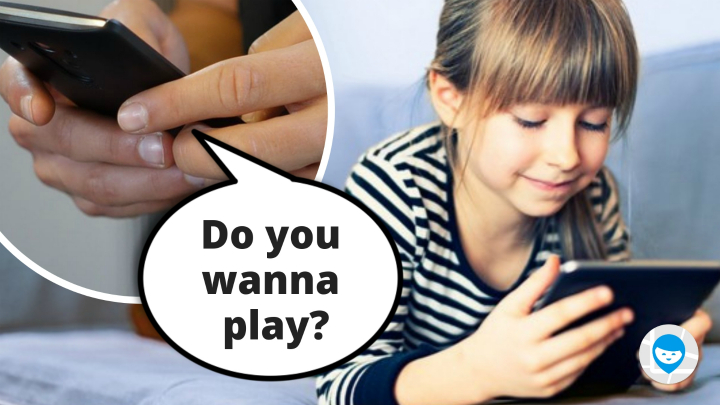 In September 2018 “Find my kids” app made a research. The study examined the data about using of apps by 1240 children in UK aged 6-14 years. The statistics was collected by own service, which allows parents to observe child’s activity in using smartphone. According to the results,  24% of children used dating apps at least once during the last month.

Why do they use them? The answer is really simple: they meet people there. And they do this because they like it and they want to. “Find My Kids” explains whether you should be worried if your child is involved with apps for meeting people. What does it mean if a child is using apps for meeting people? It depends on the age of the child. Let’s try to figure this out.

Your child was able to register themselves, confirm that they are 18 years old, fill out a questionnaire and enter into a conversation with someone? You should be congratulated: you are quite possibly the parent of a genius who is young but is looking for someone similar to communicate with:

At this age they are using the application to satisfy their curiosity. It is unlikely that the topics could capture the attention of a child of this age to the extent that they were ‘addicted’ to dating apps. There’s no need for a deep fear of this, but if there is then it can be satisfied in a simpler way – using social networks because there’s a higher chance that they will be talking to peers (especially peers interested with children of this age).

It’s the same curiosity. It can be satisfied quickly with no consequences. It’s difficult to imagine a child of this age who is ready to forget about computer games and use social networks to talk with adults in dating apps.

Although… You don’t have to play ‘adult’. They’re trying on an adult mask, feeling the world out, playing soldier behind enemy lines – do they show themselves or not? There’s an excitement that’s akin to trying on their mother’s high heels when the adults are at work.

But then again how can you limit interest in these apps? Only with strong emotions and enjoyment. However, this is hard to achieve: dating apps cannot compete with computer games, therefore it’s unlikely that such apps will attract a child aged 7-10 for long.

In addition, it’s unlikely that a schoolchild is able to hold an adult dialogue and the other party doesn’t realise their age. Could your child do this? Congratulations, you’re the parent of Ostap Bender, the great schemer. Maybe don’t disturb them? Let them train their transformation skills.

The feeling of adulthood is new at this age. Teenagers start to imagine having the same rights as adults, but actual adulthood (physical, psychological, social) is still far away. Children try to discover themselves, to engage in society.

At this age basic activities become conversations with peers. The ability to talk and have friends is very important for a teenager. Specialities at this age are:

How do these features influence interests towards dating apps? The link between the needs of an adult and meetings on the internet seems clear – it’s an entrance to the adult world from the black entrance:

What do dating apps give them?

So, we’ve discussed the interest towards dating apps. But what do children gain by spending time using them?

The illusion of control in the conversation: It’s always possible to stop contact and come offline in order to avoid unpleasant emotions.

Trying someone else’s life: It’s possible to imagine yourself as someone you aren’t in real life. In conversations many people behave more confidently than they do in real life conversations.

A one-person theatre: It’s possible to ‘pick’ roles when talking with different people. Teenagers often copy models of behaviour from different adults, trying it for themselves. This helps them to find themselves, their style of behaviour and emotions.

Adulthood: It’s possible to feel like an adult and to talk about ‘forbidden’ topics.

Safety: Online conversations give the feeling of protection because the other person can’t see you.

Socialising: The ability to meet peers and find a partner.

Training: The ability to train yourself in conversations.

Growth: You can receive new knowledge about life via conversations.

Entertainment: Meetings are a way of combatting boredom and wasting time.

Are they all so transparent? It’s clear that there’s both pluses and minuses. Should you worry if your child if using these kinds of apps?

The violation of communication skills

If online conversations (on dating apps or social networks) become their basic use of conversation perhaps even replacing real life conversations, then children will not to be able to communicate with people in real life. They will know how to write but not converse.

Social skills are strongly linked to our ability to understand bad emotions, discover ourself, listen and learn the context of a conversation. Written conversations don’t allow you to train these skills.

If you are able to use the appropriate smilies and understand them, it doesn’t mean that you know how to understand emotions in a real life conversation

The skills of communication, like all other skills, can and must be trained. Even having a lot of experience in chats, a person may not be able to communicate in real life.

Running away from problems

Teenagers don’t learn to overcome social fears, constrains and embarrassment if they exist. Writing on the internet helps them avoid all of this.

Dating apps are not a collection of intelligent and clever people, people are all different. Unfortunately, teenagers (and adults alike) can meet fraudsters, paedophiles, psychopaths etc. This isn’t just dating apps but a part of the internet as a whole. It’s unlikely that these conversations would be helpful for the child.

There’s only 24 hours in a day. If the child spends a lot of time on the internet and on dating apps then it’s always in lieu of other activities. How much time and at the expense of what is always unique.

How to know if your child is using dating apps?

It’s obviously not the best method to take their phone, dig around and confront them about it. In order to control your child’s personal life and not be intrusive, use this life hack:

Install the app Find My Kids and keep an eye on the app statistics: what apps are installed on their smartphone and how much time they spend on them. Then you can decide if there is cause for concern.

What to do if you notice that your child is using dating apps?

There’s commonly two reactions by adults: to become very anxious, to ban everything and gain control or to keep calm and not pay it any attention (‘it will sort itself out’).

It’s important to remember that the internet and various apps have been deeply integrated into our lives. If your child has an interest in something, then simply banning it could only increase this interest and not stop them from using it. If you lock the phone or limit the use of the computer, then your child will only use their friends’ phones, use their computer or find other methods of doing so.

Banning and tightly controlling the use of the internet is like trying to stop a powerful jet of water with only your finger. In the end you’ll only end up dividing adults and children.

What do teenagers see in dating apps that they can’t find in other places? What are you afraid you?

Another way is to give up and not pay attention. Keeping your cool whatever may happen is also a good skill. But overall not paying attention to the child’s pastimes and providing them with endless access to the internet and other apps, not controlling them at all is also another way.

How to find the golden mean?

Firstly, with a young child you will need to discuss the internet and explain the features of it (for example, talk about scammers). Don’t scare them but just explain it. Secondly, if your child is using apps try to understand why they are using them. Education
The child does not want to study or to do their homework: what should parents do?

The school year is now starting again and with that, the Internet is blowing up… 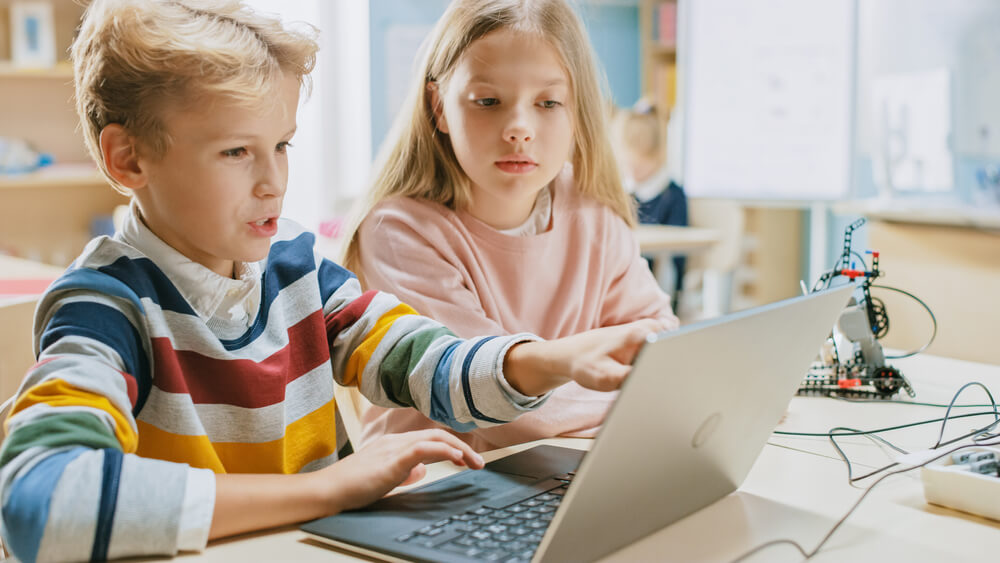 Education
Coding for Kids: How to Turn Your Kid Into a Computer Genius? Education
Who Invented School: the Who, What & Why of Our Modern Education System

Have you ever stopped to consider: who invented school? In many places around the world,…