Who and when invented Santa Claus? The whole truth about the New Year wizard 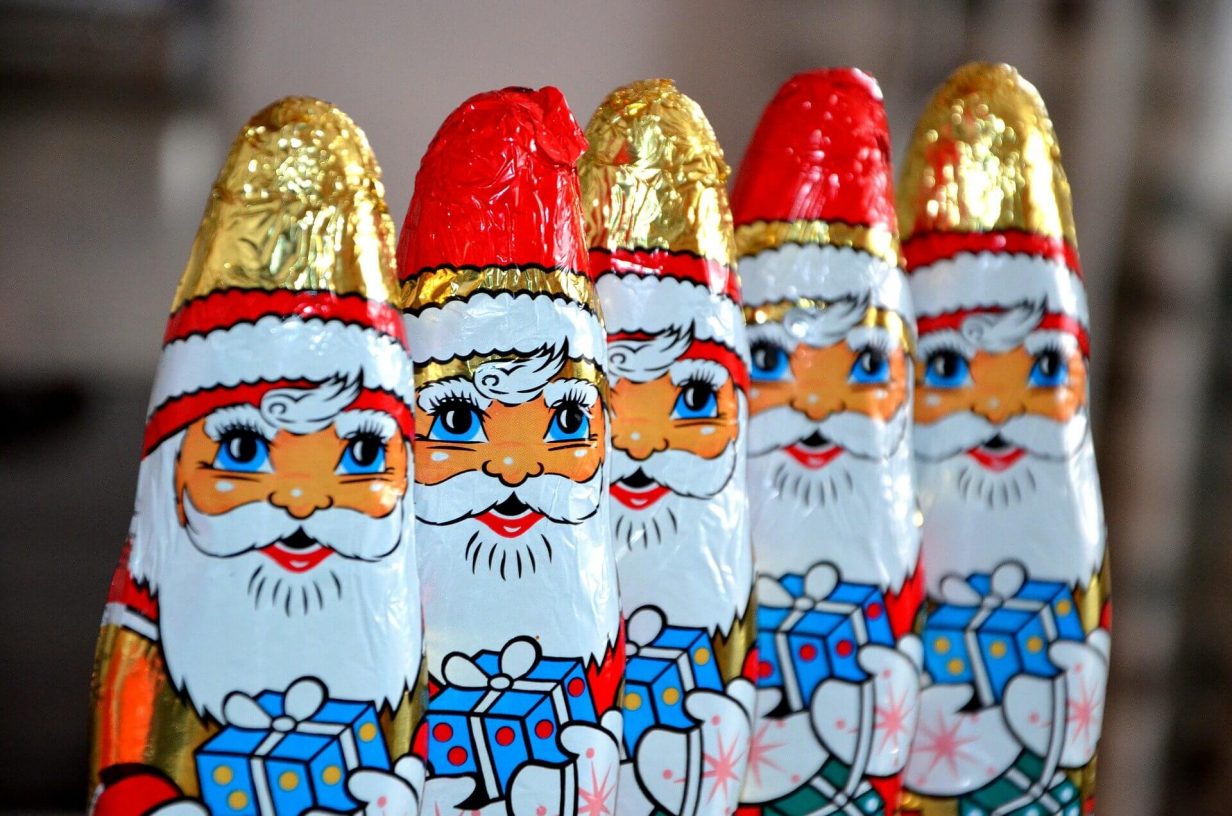 December is almost here, and that means Christmas time. This month will feature many of the usual Christmas traditions and memorabilia, such as Christmas trees, lots of snow, carols, jingles, shopping sprees, meeting relatives after a long time, and much more.

However, the most famous part of Christmas is one that a lot of people claim isn’t even real. That’s right; we’re talking about everyone’s favorite milk and cookie eating, magical bearded man from the North Pole who squeezes into your chimney on Christmas eve and puts down all your presents under the tree (if you’re not on the naughty list, of course).

You will be surprised to hear that Santa Claus isn’t just a figment of your imagination. The concept has a historical significance and meaning to the holiday as well. To find out more about the origins of Santa Claus, read on!

The History of Santa Claus 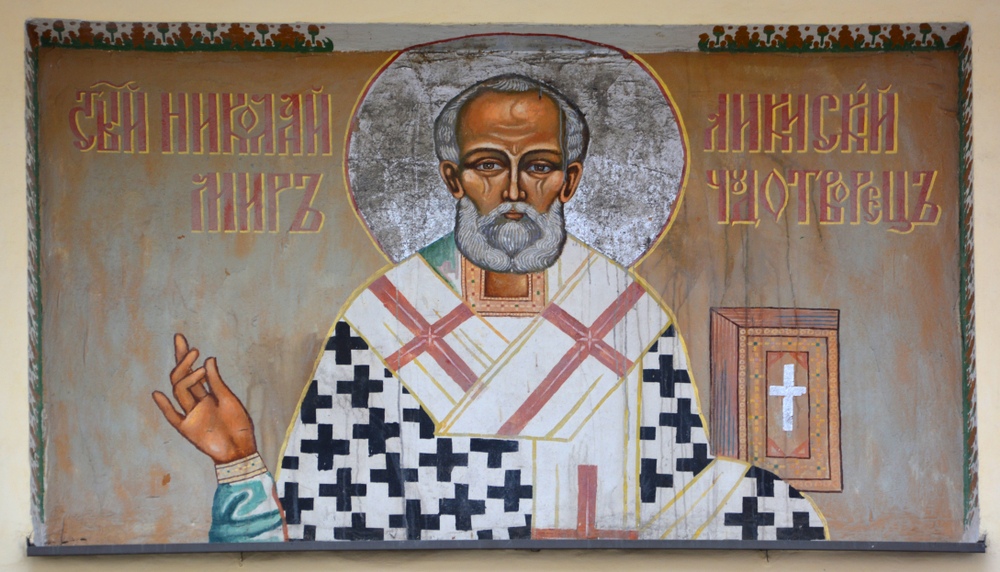 The history of Santa Claus begins a long time ago, in 270 AD. This was the year a man who would eventually be known as Saint Nicholas was born to a wealthy family in the village of Patara.

His parents raised him to be a devout Christian, and their teachings significantly impacted the youngster’s life. Shortly after their deaths due to an epidemic, St. Nicholas came into a lot of money.

He turned to his religion for guidance and slowly started to exemplify many famous Christian teachings. For example, St. Nicholas was fond of giving money to the needy, and he used his considerable inheritance to aid many people.

Since helping people in this way brought joy to St. Nicholas, he decided to dedicate this life to the Christian faith and was soon given the title of bishop in the city of Myra. During his time, he famously helped many poor folks, and his legend slowly grew with each good deed. 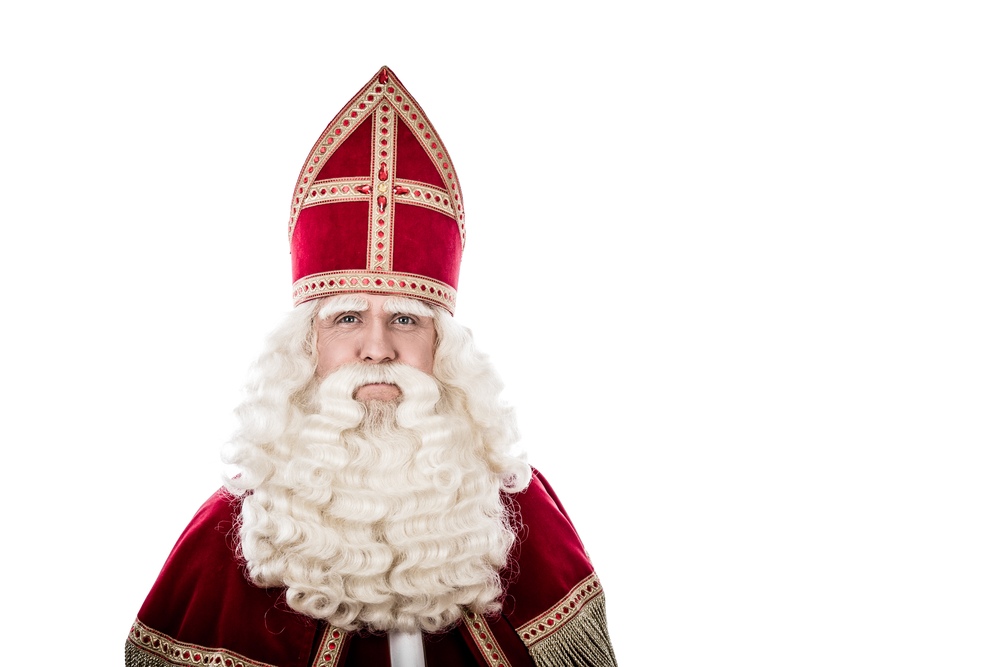 To show the type of person he was, we can look at one of his most famous stories, which even translated into a Christmas tradition we still follow today. In St. Nicholas’ time, fathers were expected to provide a man with a dowry if he wanted to marry off one of his daughters.

The amount of dowry usually indicated the ease in which the girl would find a suitable husband. St. Nicholas found out about a poor old man with three daughters, who has no money to give as a dowry.

This meant that his daughters were likely to remain unmarried and might even have to be sold off to slavery. However, the old man and his daughters came to find a bag of gold coins that had been tossed through their open window and had landed in one of their stockings.

This amount was given to them as a gift by St. Nicholas, and it was intended to serve as a dowry for their marriages. This started the custom of keeping your stockings out on Christmas Eve so Santa Claus can fill them with gifts. 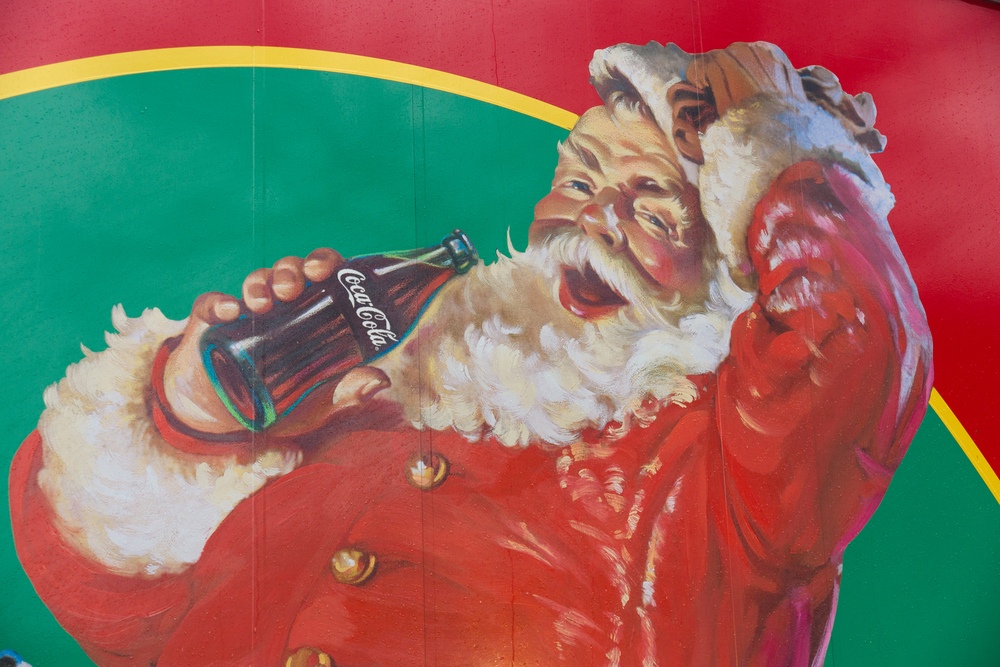 Now that you know about the history of St. Nicholas, the image of Santa Claus as a gift-giver becomes clear. But, what about the actual image of Santa? The fluffy white beard, bright red hat and suit, jolly face, and protruding belly are all ingrained in our culture. The real story behind this portrayal of Santa starts in 1931. Before then, Santa Claus was depicted in various works and publications, but each featured a unique take. There was no standard of how Santa is supposed to look. That changed when the Coca-Cola Company employed cartoonist Harold Sundblom to paint Santa with his now-iconic features and attire. The Santa Claus character has taken on a life of its own since then.

Where Does Santa Clause Live?

Although no human explorers have even come across his property of their various expeditions, Santa Claus resides in the North Pole, where he and his dedicated workers toil throughout the year to produce the finest and most enjoyable toys for all the nice children of the world.

Don’t worry about your child going on a holiday trip. You will never lose them, knowing the exact location of the child on the map, and being able to listen to the sound around with the Find My Kids app.

Other Names for Santa Claus 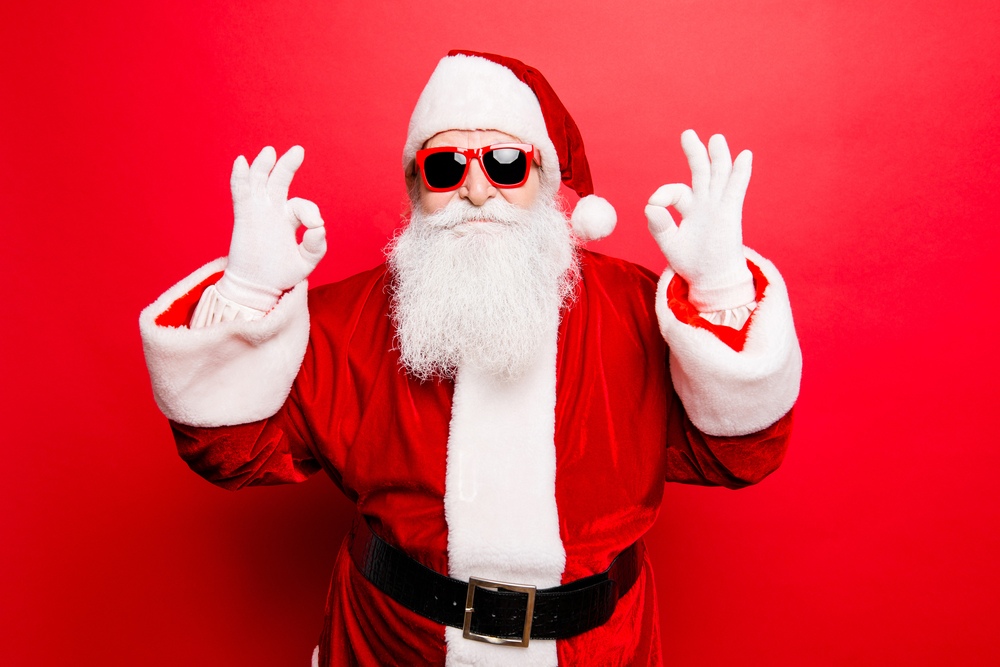 Santa Claus is a character known and loved around the world, and every culture celebrates Christmas in a special way. Similarly, they also have unique names for Santa Claus as well. Before we get into that, let’s explore how the name Santa Claus even came to be.

We mentioned previously how Santa Claus is based on St. Nicholas, but you may not know that the Dutch pronunciation for St. Nicholas sounds almost exactly like ‘Santa Claus’. It’s widely believed that this was the starting point of the term.

Of course, Santa Claus has a different name even in English. The jolly saint is often referred to as Father Christmas. Most other countries also use the translated version of this name to describe him. Whether it’s the Spanish Papa Noel or the Italian Babbo Natale, they all mean the same thing. 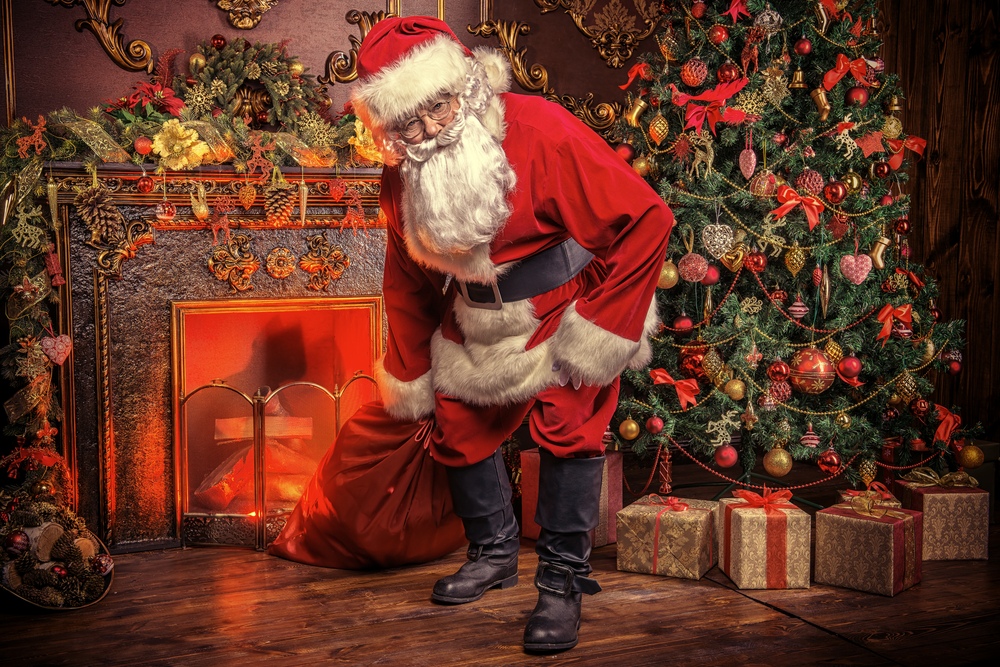 The first sightings of Santa Claus are usually on billboards or in department store posters advertising the upcoming Christmas sales for the holiday season. A lot of department stores often feature their own Santa, fully costumed, and built to look the part.

Santa Claus being used as a marketing tool has become a tradition in its own right, which almost every company in the market looking to capitalize on the goodwill and brand association that Santa Claus provides.

Since Santa is tied to gifts and gift-giving, children from around the world eagerly await his arrival on Christmas Eve, and he comes in the night to slide down their chimney and deliver their presents.

That is if they’ve behaved themselves. If a child misbehaves, Santa can also put some coal in stockings, to teach them a lesson. Parents often use this knowledge as a bargaining chip with their children, to get them to listen. And it works, as small children will often show good behavior in the weeks leading up to Christmas. 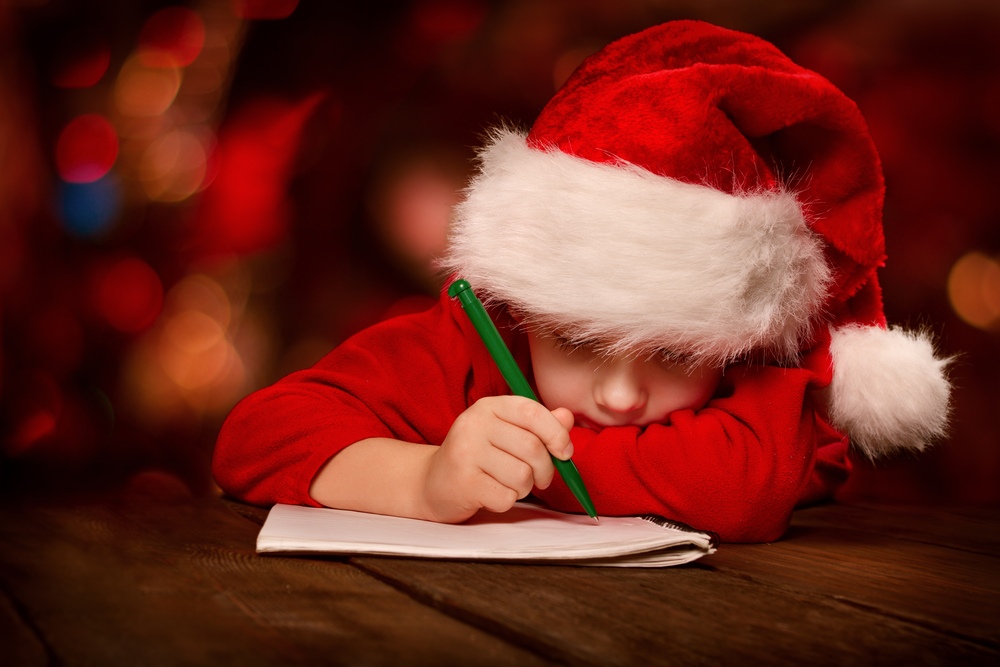 It’s also a tradition to leave a warm glass of milk and some chocolate chip cookies out for Santa, so he can have a quick snack before carrying out his duties of delivering Christmas presents to all the good children of the world.

To make the legend more real for their children, parents often dress up as Santa Claus and come out at midnight to place their store-bought gifts under the Christmas tree. One parent usually makes sure the children are awake to see it, but also keeps them far enough away to not spoil the surprise.

Of course, Santa doesn’t do everything on his own. He uses his magical sled and rides along with his reindeer. The reindeer were introduced in Clement Moore’s ‘Twas the Night Before Christmas’. 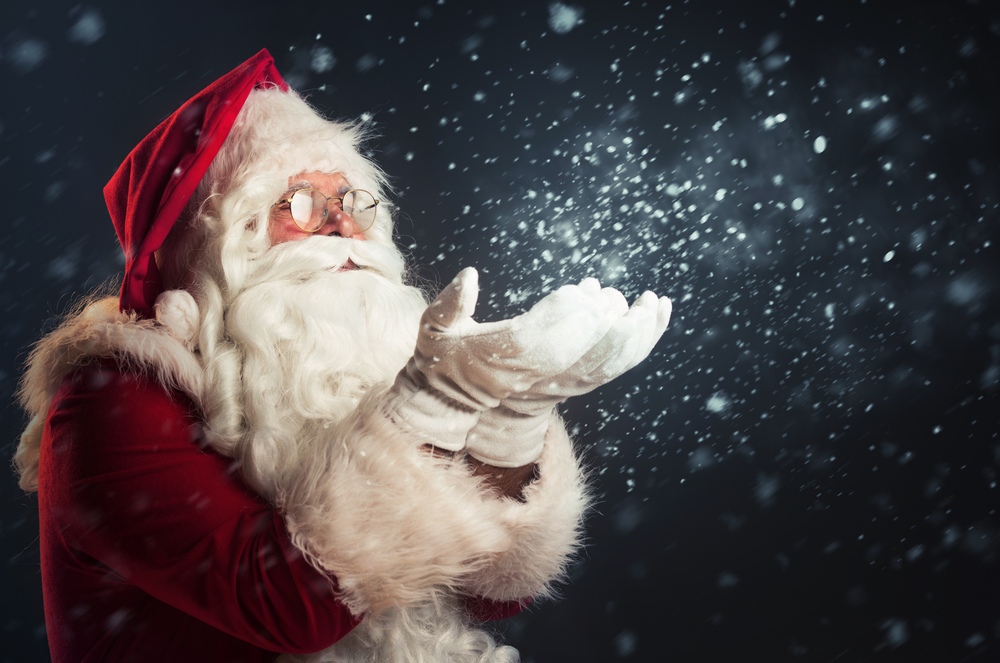 More than anything else, Santa Clause is a great character to introduce into the lives of young children, as it keeps the spirit and magic of childhood innocence alive.

Many parents often make the legend so real that they have trouble telling their child that it’s only a fictional character! But, Santa Claus is a character that should be a prominent feature of your Christmas, and it will give you a fantastic opportunity to bond and make memories with your kids. Parental Tips
Best Cartoons of All Time for Kids and Adults

Animated cartoons have come a long way since the 60s. From the times when a… When a couple gets divorced, they start facing many social, economic, and other issues they… 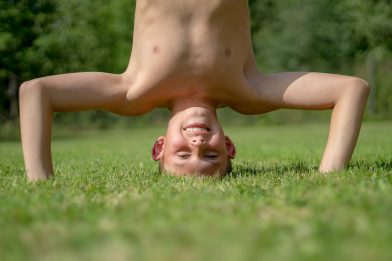 Parental Tips
All about positive discipline

In its definition, positive discipline is a method of parenting that functions on the premise…