Why Doesn’t My Toddler Interact With Other Kids? All About Parallel Play

Nabeela has a Master in Business Administration and certificate in Content Marketing from HubSpot Academy. As an author, she strives to create content that is not only helpful and informative, but also entertaining.
Become an author 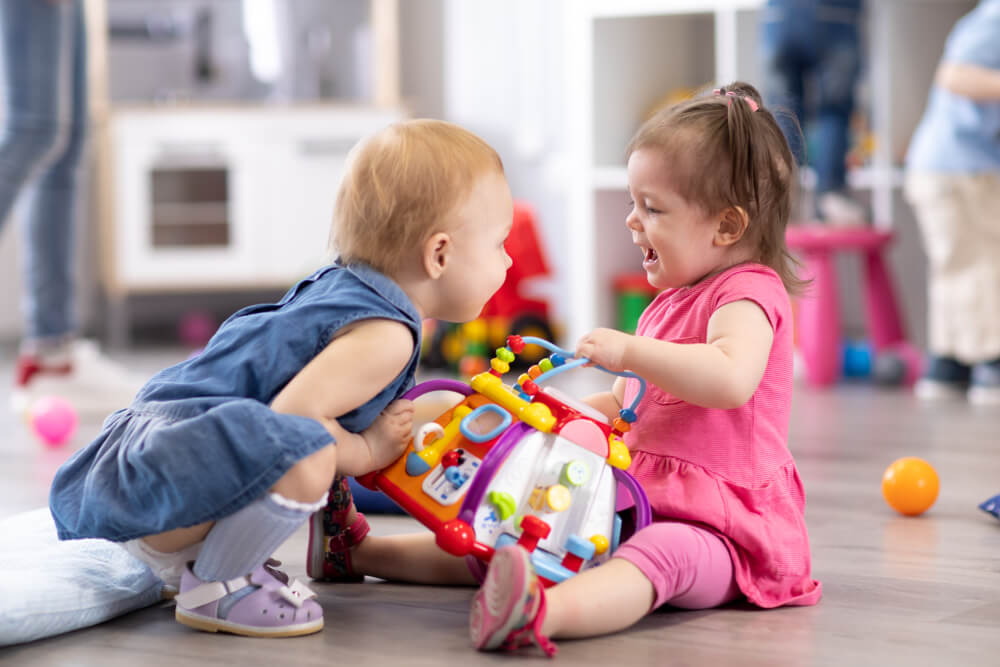 As a baby grows, the way they play changes. From the solitary play, the child moves on to parallel play activities and group play. Knowing the stages of play development will help you have realistic expectations of your child. In addition, parallel play can be pretty helpful for the mental growth of your beloved child for establishing self-confidence in the child at an early stage.

Read on to understand the parallel play definition better.

Parallel Play and Your Child’s Development For a baby or young toddler, a block is a block. If they have more than one, they can stack or sort them. But around 2 years old, they can use the blocks for other activities. In their eyes, blocks can become a house, car, castle, or whatever the child wants…

Toys are symbols of other objects. Your child can try feeding their doll as if it were another baby. If you look closely, you’ll see they’re holding their doll or teddy bear the same way you hold your kid.

For example, between 1 and 2 years old, a child likes to share their discoveries with adults by pointing, showing, or offering toys. The repetitive tickling and peek-a-boo games can amuse them a lot.

At this age, their interest in other children develops slowly. Sometimes they may try to console a crying child by giving them a hug, a caress, or by bringing them a toy. However, even if they are more concerned about other children, the toddler is not ready to share their games and toys with others.

Another example is that children need little play buddies but don’t play the way older children do. Put two 18-month-olds with the same toys in a room, and you’ll notice that they don’t seem to pay attention to each other.

But on closer inspection, you will see that if one of them takes a truck, the other will also tend to take a truck. If the first child looks at the truck and says “No” (one of the favorite words of toddlers), the second will tend to imitate it and shout “No!” also.

This type of symbolic representation reveals how much kids’ thinking process is developing. It also prepares them to face difficult situations.

What is a Parallel Play?

Parallel play is characteristic of children aged 18 months to 2 years. Children of this age will play the same activity as their next-door buddy without actually interacting with them. Everyone does the same activity, but there is no exchange between them. Children may look like they are participating in a group activity but will not interact with others.

Between 2 and 3 years old, parallel play will still be present. Parents and teachers can observe more frequent verbal exchanges between the children. Straightforward group animations and games containing a few rules will then be prioritized. 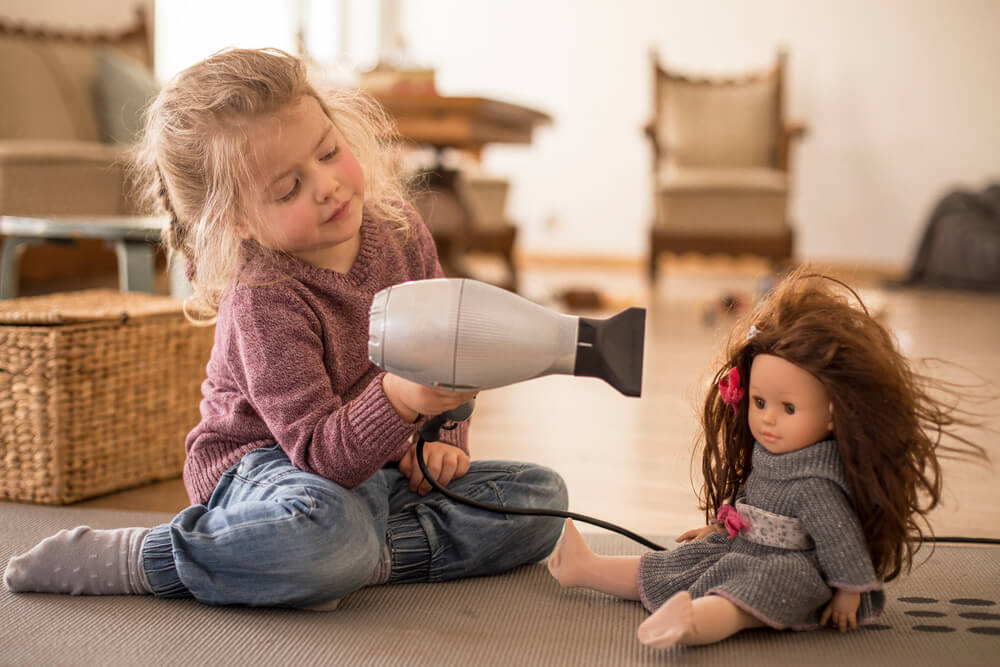 What Is the Age Range for Parallel Play? The parallel game appears between 2 and 3 years and can also last for a few months after the third year. In this type of game, the toddler still plays alone, but they like other children to play next to them.

Generally, during this period, a child has better fine motor skills that allow them to have fun with games with smaller pieces, such as string beads and large-sized puzzle pieces. The child may also develop an interest in sketching to represent something, even if only the child can interpret the created work.

For example, your child can place large blocks next to each other and on top of each other to build a house and develop an interest in toys with moving parts like a dump truck or crane. Some basic principles help promote your child’s autonomy in play and facilitate exchanges between parent and child. These include: 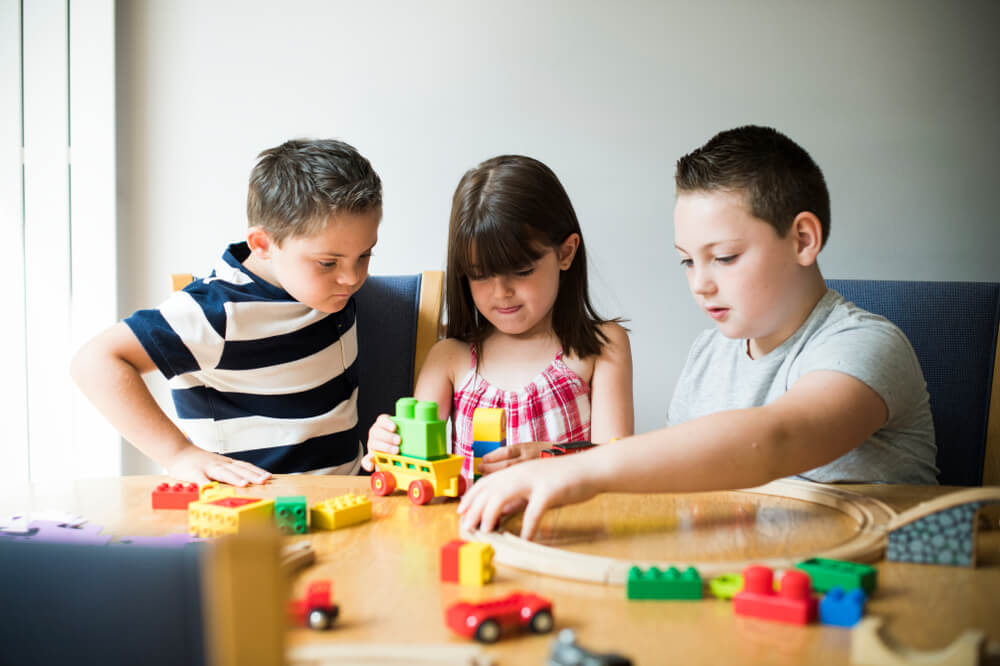 Between 2 and 3, a child takes pleasure in overcoming obstacles by crawling under them, going around them, or jumping over them. The modules in the park also offer them challenges that they want to take up. They are also increasingly interested in games played with a ball (e.g., bowling, throwing a ball into a basket, throwing a ball to a friend). Likewise, they can start using ride-on toys that roll on four wheels and a pedal-less bicycle or scooter.

Moreover, a child of this age loves games that involve social interaction with the adults around them (e.g., hide-and-seek and chasing games). At the beginning of this period, the child believes everything within reach belongs to them. Thus, they can shout, hit, pull their hair, or bite not to lose their toys or those they think are their.

Why is Parallel Play Important? Advantages and Disadvantages Place two children aged 18 to 24 months next to each other. They know how to sit, talk, and move. They know each other, yet they will not play together. Paradoxical? Up to 2, children have a relationship with a property they own and a desire to evolve in their personal space.

Babies are “owners” of everything within reach (or foot). Another child or an adult enters the bubble and grabs a toy, and that’s theft, especially when it comes to comforters.

From 18 months and until the second birthday, the sharing is not yet acquired but the ownership and belonging of the different objects become more relative. Children want what their boyfriend or girlfriend has in their hands. Worse, a stuffed animal, a toy, or even an everyday object becomes “mine” as soon as it is desired.

The Advantages and Disadvantages

The parallel game develops between children out of desire, without sharing. We steal games, we cry. It is a logical and unavoidable step.

There is no point in forcing your child to share when they are still small, their relationship to property does not allow them to understand what is asked of them.

But quickly, as soon as your child “wants” toys other than their own, they are equipped to understand and apply to share. To learn this concept gently, integrate sharing for other elements than games and toys.

Share a dessert or a snack. Share a blanket while reading a book or a corner rug to sit on. Sharing can take many forms and will be more readily accepted if it becomes natural on a daily basis. 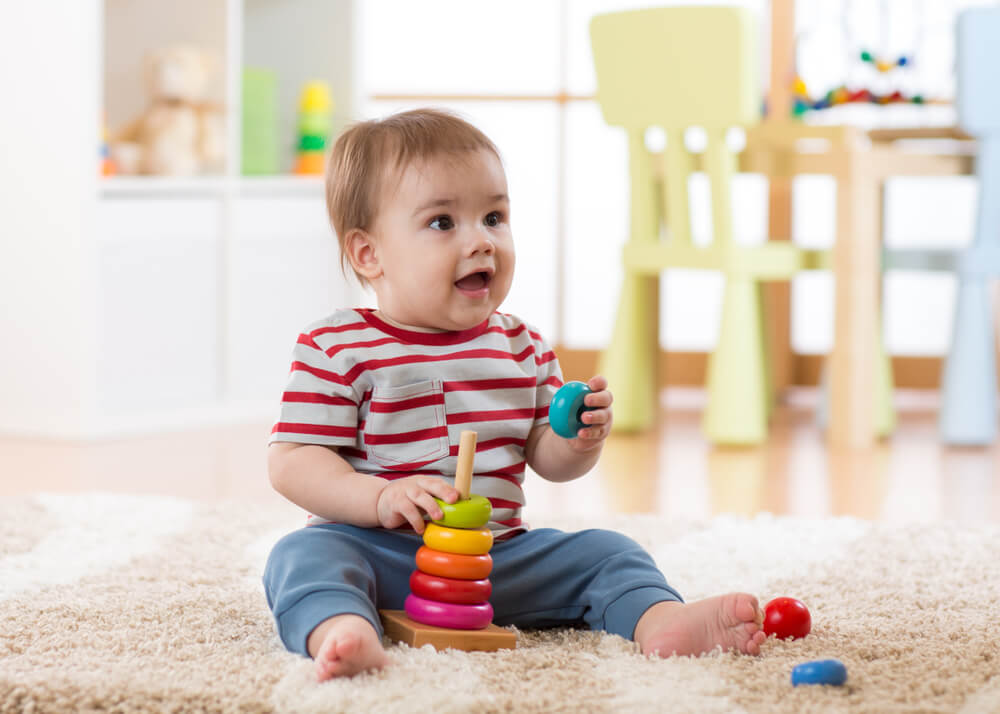 Play responds to a deep internal need. Sometimes the child’s game will be triggered by their desire, and they will look for objects in their environment to meet their needs. Sometimes it will be the sight of things that will trigger in them the desire to play in this or that way. Thus, it is a constant back and forth between their inner and outer worlds. During early childhood, playing takes an important place in children’s lives. Parallel play activities allow them to learn naturally. They explore, experiment, and do trial and error. This is also how they will learn to get in touch with others, manage conflicts, negotiate, and share. Through the different stages of their development, children will also evolve in terms of their play. Therefore, it is imperative to know each stage well to understand how to intervene and adapt to the environment and the equipment.

Children between 18 months and 2 years engage in parallel play. This age group of kids will play the same game as their neighbor friends without actually talking to them. Everyone participates in the same task without communicating with one another. Although they may appear to be engaged in a group activity, children do not connect with others.

In the end, as with everything related to the development of children, the different stages can be flexible in terms of age. Children develop at their own pace, and each will evolve in their way. On the other hand, if a child remains in a stage of play “too long,” this can sound a minor alarm. Therefore, monitor the child’s development and maintain active discussion between parents and teachers.

If you found this blog post interesting or useful, do let us know in the comments. Also, we would love to know your observations and suggestions related to parallel play.

The picture on the front page: Oksana Kuzmina/Shutterstock.com Parental Tips
Questions Every Parent Should Ask Their Kid

Honest communication is the cornerstone of every healthy relationship. Getting to know your children is… 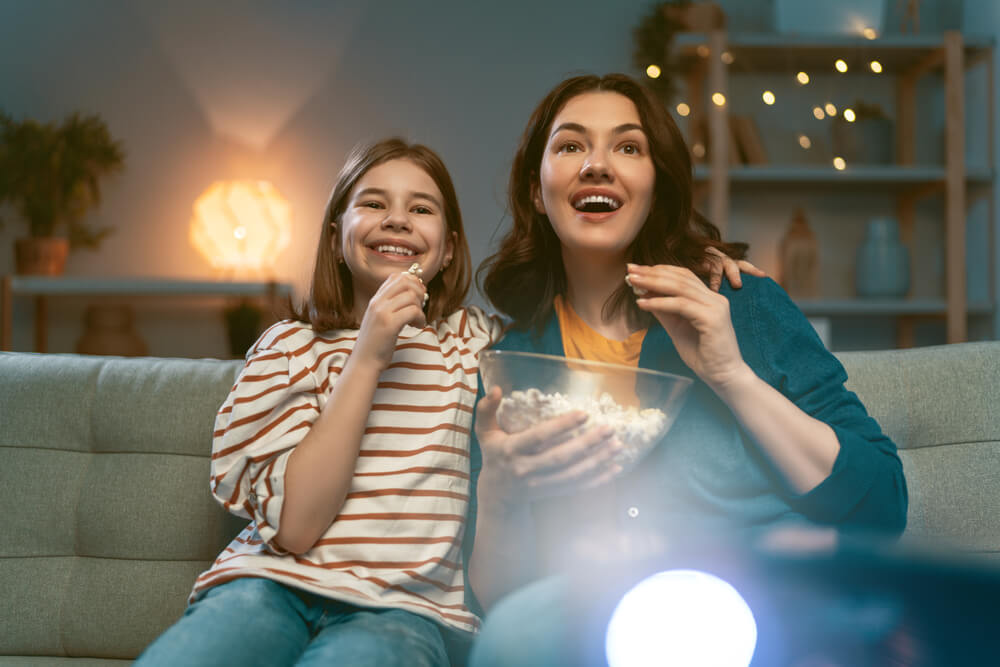 How do you imagine the perfect Thanksgiving? For starters, there needs to be a feast….